***OFFICIAL T* RAILER**TERRIFIER 2 by Damien Leone – Art the Clown the Back! – In Theaters October 6th

From Cinedigm in Partnership With Iconic Events

The highly anticipated sequel to the cult-favorite horror film promises blood, gore and so much more

Terrifier 2 to have its world premiere at FrightFest;

followed by its North American premiere at Fantastic Fest 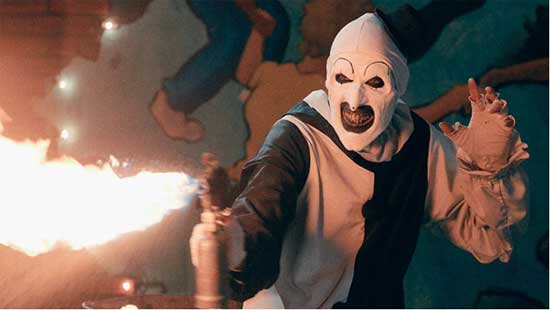