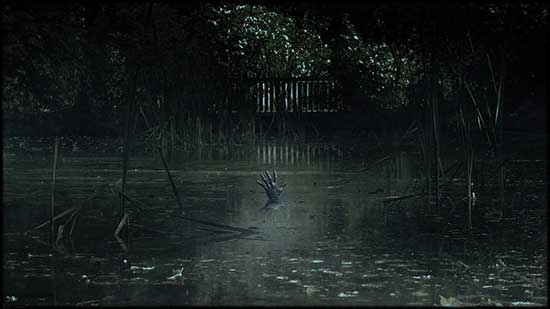 If you’re looking for a game to play online today that features the legendary horror character Micheal Myers, then you may want to check out one or more of these fun-filled games, one of which is the iconic first-person shooter Xbox game Call of Duty: Ghosts, where you can play as Michael Myers.

There’s also a famous online slot machine from Microgaming called Halloween, as well as a multiplayer (4vs1) horror game called Dead by Daylight: The Halloween Chapter, where you get to play in the role of the savage killer. In this game, the other four participants play as survivors in this popular PC game that’s available on Steam. Let’s take a closer look at some of these games.

You can play the Halloween online slot machine from Microgaming at numerous fully licensed casino sites. A great example of a trustworthy online casino for Canadian players where you can sample this horror-themed slot either in the real money mode or free play demo mode is ComeOn Casino.

The game has 5 reels and 50 fixed paylines. It’s playable from as little as $/€/£0.50 up to $/€/£50.00 per spin, and it comes with four in-play bonus features that can randomly trigger on any lucky spin when certain scatter symbols or bonus symbols land on the reels at the same time.

The max win in this slot is capped at 500x times your total stake. The game is available across multiple devices, and some of the features you can look forward to are a Trick or Treat Bonus feature, a Wandering Reels game feature, a Boogeyman Bonus feature, and a Free Spins Bonus Round.

Dead by Daylight: The Halloween Chapter

Dead by Daylight is one of the hottest horror games available to play online today. If you’re a fan of the Halloween movie or Michael Myers himself, and if you’re into slasher games, then you’re going to love this game. He’s the main star of this multiplayer game, which sees one person playing the infamous killer while the other four players try to survive by working together to avoid being killed. Laurie Strode is in the game as one of the survivors, and the action takes place in Haddonfield. There’s so much more to this game, which is why it made it into our top 3.

Michael Myers also appears in one of the world’s most popular first-person shooter games. The game basically enables you to play in the role of Myers himself while trying to kill other players. He comes with increased health and his trusty axe, and all you have to do is carry on trying to kill as you would with any other character. It’s just nice to be able to play the game as Michael Myers rather than your average Call of Duty character.

Some of the other games out there today that also feature Michael Myers in one way or another are a couple of fan-made games – Halloween and Terrordome: Rise of the Boogeyman, and also a game called Michael Myers Rampage, which is much harder to find these days.