Something has awakened outside of Philadelphia, in the Northwestern suburbs of Montgomery County. Blending roller skating, live music, local film, retro screenings, podcasting, international films, and much more, the inaugural Skate or Die Film Festival is arose from the depths of the Schuykill River, ready to conquer the festival world.

The event will be taking place at the historic Ringing Rocks Roller Rink in Pottstown, PA – the home of Rockstar Roller Derby and a popular roller skating venue that has been part of the community’s fabric since it was originally built as an entertainment pavilion in 1894, before becoming a popular roller rink in the 1950s.

Along with local marketing and web gurus Red Bearded Marketing, The Farsighted and Rockstar Roller Derby present this inaugural edition of Skate or Die Film Festival, packed with films, music, podcast, skating, and much more on October 7th and 8th, 2022.

This year’s features include a retro screening of 1987’s The Gate, presented by the Lehigh Valley’s premier screen printers, Lehigh Valley Apparel Creations, and the US big screen premiere of Ozploitation roller derby horror gem Murderdrome, presented by Ochotny Wealth Management. A third main feature film, yet to be announced, will be joining the fray in the coming weeks. 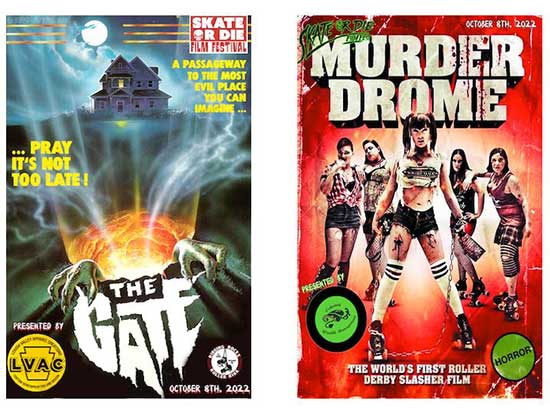 But it doesn’t end there! An 80s Halloween themed open skate session with a Stranger Things costume contest kicks off Saturday, while the non-skaters can enjoy a cup or three of Speakeasy Coffee Company. And there will be more food and drinks available, including a special event menu from local vegan eatery, Vyana Cafe. There are two 21+ parties, a kickoff party on Friday night and an afterparty on Saturday going into the wee hours of Sunday. The parties will feature music, games, and short film programs that include shorts from Joe Badon, Brian Lonano, Chris McInroy, Kieran Reed, and more (full programs to be announced in coming weeks).

All attendees will be able to get their pictures taken in a special photo booth from Black Cherry Photography. The will be vending all day Saturday, including swag from Diabolik DVD, Aggronautix, Strange and Unusual T-Shirts, Sugar Anarchy, Jeff Cannonball, Movie Jawn, Lady Hawk Spirit Craft, Wormtooth, and more!

Door prizes, trivia, and all types of freebies will abound, from Blu-ray titles provided by MVD Entertainment and Vinegar Syndrome to an amazing limited edition skateboard deck donated by Clint Weiler of Aggronautix.

Pre-sale VIP packages and festival swag are available for pre-order at skateordiefestival.bigcartel.com through Labor Day and the traditional tickets will go on sale in early September.

All press inquiries can be directed to skateordiepress@gmail.com, additional announcements on press coverage opportunities will be made in coming weeks.

All other questions can be directed to this email address.

Additionally, if you’d like to unsubscribe, please reply to this email with the word “unsubscribe” and we will take you off the list. 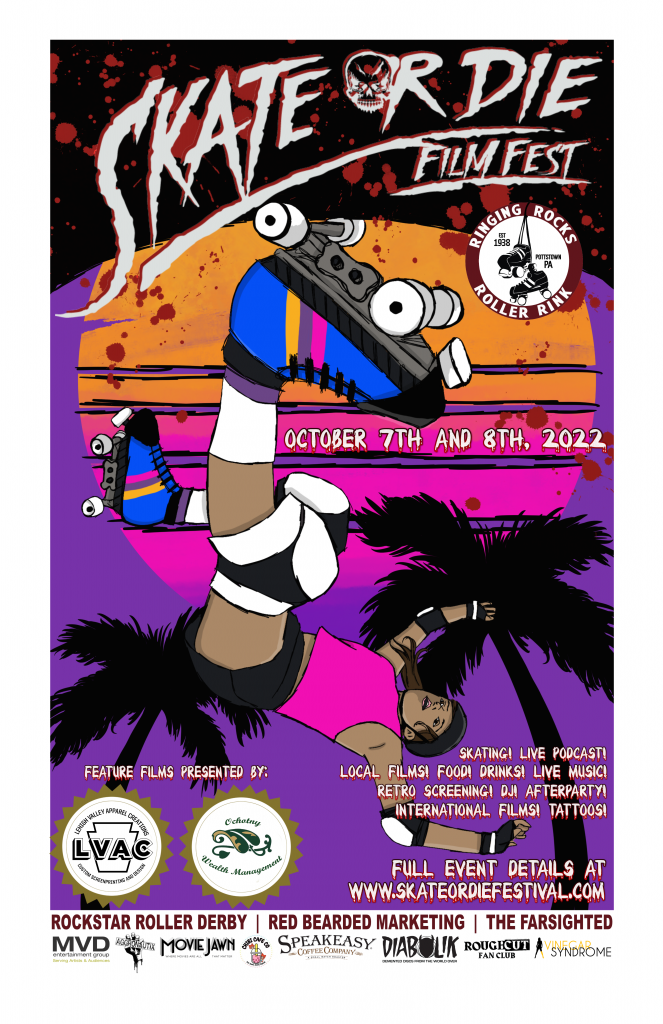 Thank you and we look forward to seeing you at the festival,