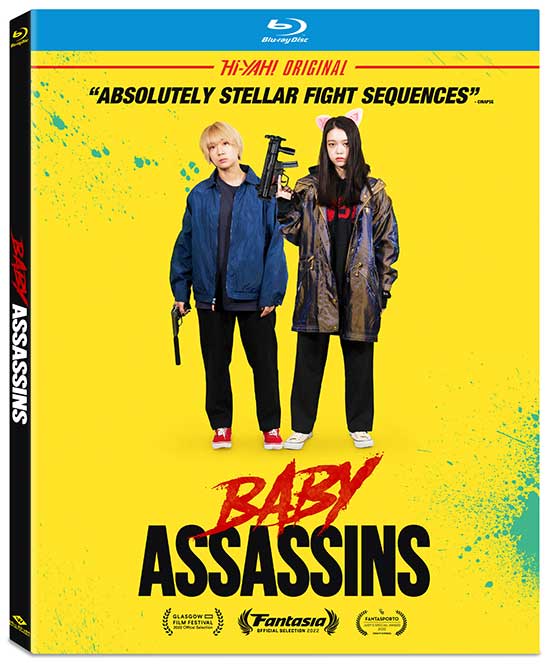 Upon graduation, highly trained teenage assassins Chisato and Mahiro are informed by upper management that they will need to hold down “normal” jobs as a cover, and—even worse—they’ll be forced to share an apartment. However, after an unfortunate run-in with a Yakuza member, the two must band together to survive an epic fight for their lives.

BABY ASSASSINS has a runtime of approximately 95 minutes and is not rated.