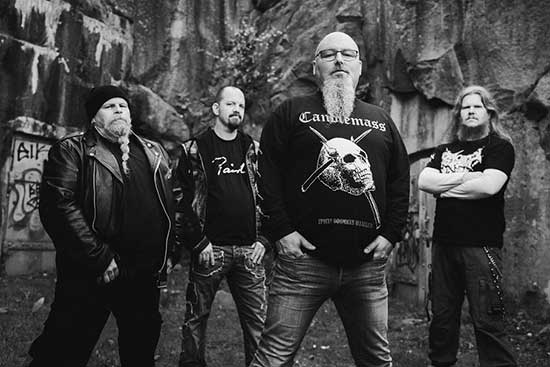 “Our Own Choice” is a track taken from Under The Oak’s upcoming sophomore album “Rattus Norvegicus”, due for release on September 9th, 2022 via Wormholedeath worldwide.

Thomas Bolverk, speaking of the song:
“So, why did we choose “Our Own Choice” to be the first song off our new album to present to you? Well, it was kind of a process, really. We obviously like them all, and we have rehearsed them all for quite a while now, so we needed some kind of deductive method. One of the songs is used for the first video from the album, which you will see in a couple of weeks, so we didn’t want it to be that. We wanted something representative for the entire album, so we really didn’t want to do the song that is almost a ballad or the one that is a bit longer or the one that’s on the brutal side, or the one that is a bit short…so obviously we didn’t want it to be any of them… That left us with a few songs to choose from…and even if it was hard to sacrifice several of them, we are happy that the choice fell on “Our Own Choice”… because it was really OUR OWN CHOICE! Let’s hope you enjoy listening to it as much as we enjoyed making it.”