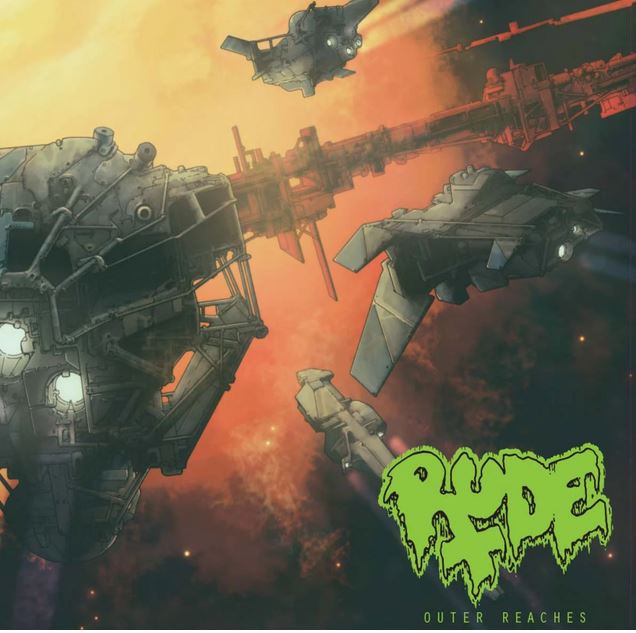 The vinyl edition of “Outer Reaches”, the latest EP by California based death metallers RUDE, is set to be unleashed on the world on August 26th 2022 via Dawnbreed Records and Caligari Records.

The record will be released on three variants:

Pre-orders are now available at Dawnbreed and Caligari Records.

“Outer Reaches” will knock you out with six heavy blows. The four-piece stick to their guns with their brand of classic Death Metal in the vein of bands such as Pestilence, Morbid Angel or Death.

The outstanding sci-fi cover done by Philippines based artist Jan Buragay tops things off in a spectacular way. “Outer Reaches” is classic Death Metal through and through.