Mondo Macabro and CAV present The Other Side of the Mirror 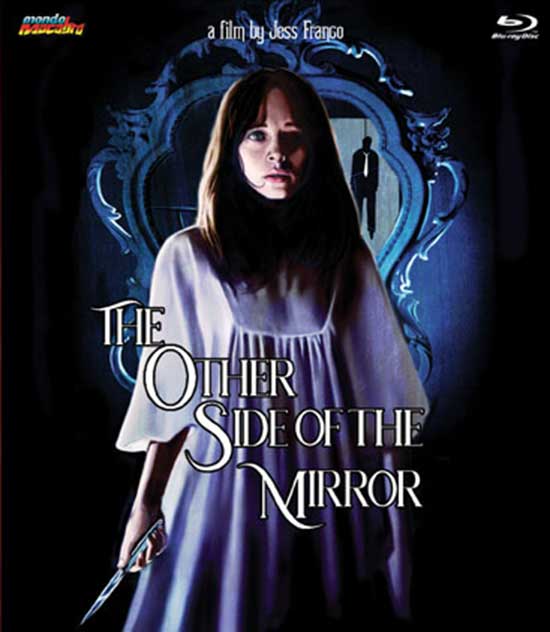 Mondo Macabro and CAV present The Other Side of the Mirror – The first US release of this gripping, dream-like thriller from horror maestro Jess Franco.

THE OTHER SIDE OF THE MIRROR promo trailer from Mondo Macabro on Vimeo.

Ana, a young songwriter and piano player, lives alone with her father in a large house on the island of Madeira. She meets a boy and they plan to marry. However when she tells her father of their intentions he tries to persuade her to call off the wedding. 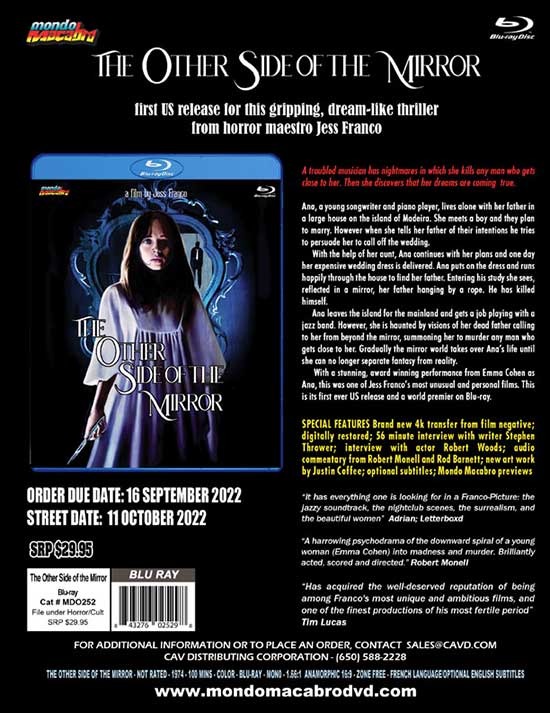 With the help of her aunt, Ana continues with her plans and one day her expensive wedding dress is delivered. Ana puts on the dress and runs happily through the house to find her father. Entering his study she sees, reflected in a mirror, her father hanging by a rope. He has killed himself.

Ana leaves the island for the mainland and gets a job playing with a jazz band. However, she is haunted by visions of her dead father calling to her from beyond the mirror, summoning her to murder any man who gets close to her. Gradually the mirror world takes over Ana’s life until she can no longer separate fantasy from reality.

With a stunning performance by Emma Cohen as Ana, this was one of Jess Franco’s most unusual and personal films. This is its first ever US release and a world premiere on Blu-ray.