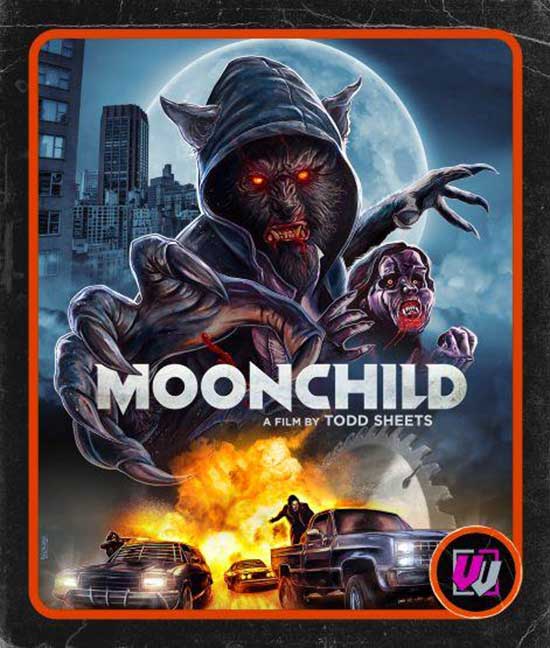 Wild Eye Releasing’s new sister label Visual Vengeance, a collector’s Blu-ray label dedicated to vintage Shot on Video and micro budget genre independents from the 1980s though 2000s, is excited to reveal the next Blu-ray collector edition release for October 2022 to add to its fast-growing catalog of VHS era genre gems.

SYNOPSIS: In a dystopian future, political prisoner Jacob Stryker is transformed into a werewolf super soldier by government scientists. He escapes captivity and searches for his son, who may be the messiah, and joins an army of karate kicking rebellion fighters poised to overthrow the United Nations of America. Along the way, Jacob is hunted by a group of cyborg and mutant bounty hunters as he tries to forget the bomb implanted in his stomach that’s set to explode in 72 hours. A mind-boggling, sprawling, shot on video horror/ sci-fi/ action/ martial arts epic from SOV fan favorite Todd Sheets (Zombie Bloodbath, Goblin) that is one of the most ambitious and offbeat low budget movies of the VHS era.

– First time ever available on Blu-ray

– Archival behind the scenes cast interviews

– Limited Edition Slipcase by The Dude Designs – FIRST PRESSING ONLY

For more details on the label and updates on new releases – as well as news on upcoming releases – follow Visual Vengeance on social media: