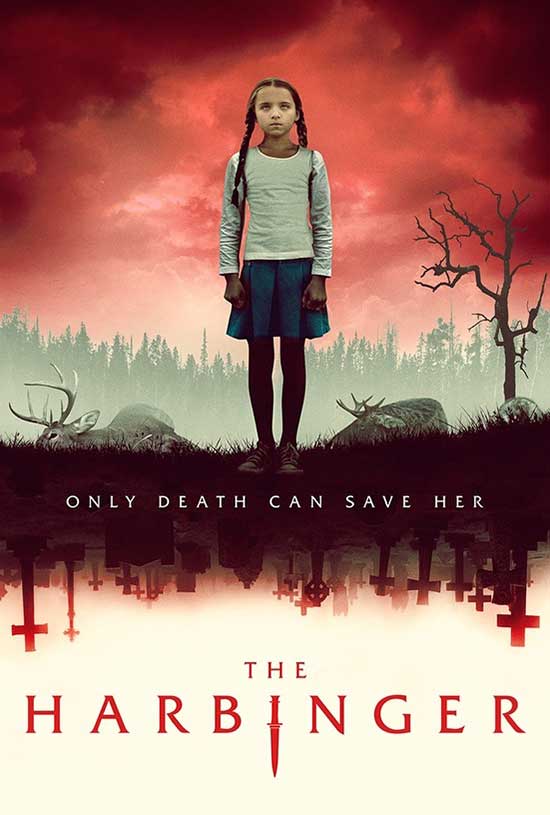 Watch the Official Trailer for The Harbinger
Recently acquired by Screen Media, The Harbinger is a paranormal Hitchcockian thriller starring
Irene Bedard (Pocahontas), Madeleine McGraw (The Black Phone), Will Klipstine,
Amanda MacDonald and Steve Monroe
In Theaters & On Demand September 2nd
Hoping to escape their past, Daniel and Theresa Snyder move their troubled young daughter Rosalie to a quaint Midwestern town, but they are followed by the evil they tried to leave behind. When locals begin to die, the Snyders turn to a Native American seer and uncover a legend that may hold the key to saving their family, or a path to a grisly end for them and all they hold dear.
Directed by: Will Klipstine
Written by: Will Klipstine and Amy Mills
Cast: Will Klipstine, Irene Bedard, Madeleine McGraw, Amanda MacDonald, Steve Monroe
Produced by: Will Klipstine, Steven Reed C., and Amy Mills
Genre: Mystery, Horror, Thriller
MPAA Rating: PG-13
Runtime: 114 minutes
Distributor: Screen Media
Share