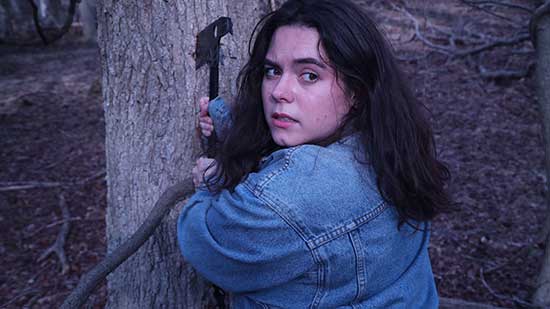 Shady Dawn Pictures is preparing to release its latest feature film “King of Terrors” just in time for the Halloween season. The film premiered in Bergenfield, NJ at the Northern Horror Fest where it picked up awards for Best Screenplay and Audience Choice. It’s showing at Basie Center Cinemas in Red Bank, NJ on August 28th at 7:30pm, a month before it’s expected to begin dropping on a number of VOD channels to be announced.

“King of Terrors” follows a park ranger named Connie who takes her niece along on a job into the deep woods. They come near an abandoned area called Old Town which is infamous for murders and hate crimes going back almost 40 years. One of which involved Connie in an intimate way. They’re also joined by a young filmmaker and her friends who are documenting the past events. As the sun begins to set, they all learn that they’re now being stalked by the evil responsible for the past atrocities, one which intends to make them a part of the dark history of Old Town.

The film was written and directed by Ryan Callaway, produced alongside his wife Amy and collaborator Kailee McGuire. David J Ferguson, who also scored prior Callaway films’ “The Darkness Outside” and “The Demon’s Waltz”, provides the chilling original music for this feature. Husband/wife team Haley Murin and Dustin Tyler (The Lucid Graveyard LLC) provide the special effects and makeup. In front of the camera Sophia Zalipzky, Rivers Duggan, Ella Bennet and world champion powerlifter Diezel Ramos take the lead – all of whom are incredibly talented actors with roles in numerous films (Ramos has 53 credits to his name alone which include appearances in major feature films).