Home | News | PENNYWISE: THE STORY OF IT Documentary Floats On Screambox

PENNYWISE: THE STORY OF IT Documentary Floats On Screambox 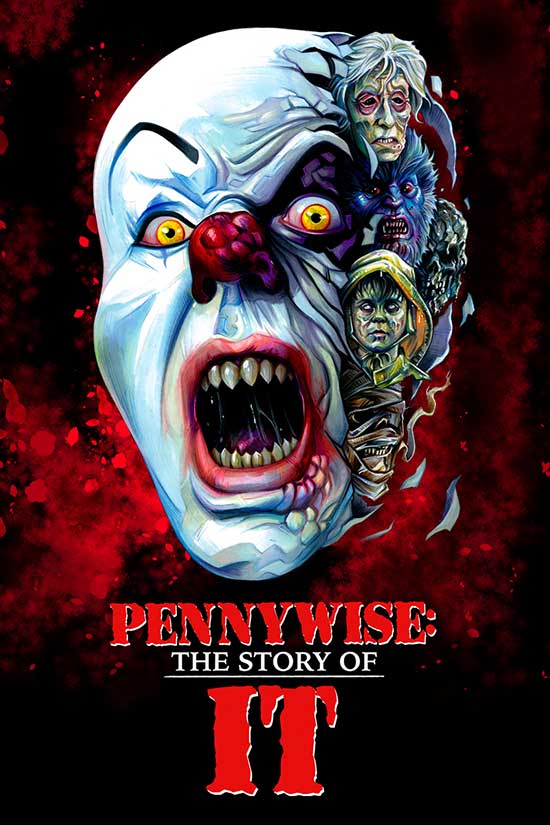 PENNYWISE: THE STORY OF IT Floats On Screambox

Original Documentary on the Iconic 1990 Miniseries

With Tim Curry, Richard Thomas, Seth Green, Tommy Lee Wallace, & More
Screambox original documentary Pennywise: The Story of IT, an in-depth look at the 1990 horror miniseries based on Stephen King’s classic novel, is available today on Screambox and VOD platforms.
More than three decades after its release, the IT miniseries and its iconic villain live on in the minds of horror fans around the world. Pennywise: The Story of IT captures not only the spark the IT saga created upon release but also the lasting impact it has had on an entire generation and the horror genre at large.
The film boasts exclusive interviews with many of the miniseries’ key players, including Pennywise himself, Tim Curry, cast members Richard Thomas, Seth Green, Tim Reid, and Emily Perkins, director Tommy Lee Wallace, writer Lawrence D. Cohen, special effects makeup artist Bart Mixon, and more.
Several years in the making, co-directors John Campopiano (Unearthed & Untold: The Path to Pet Sematary) and Christopher Griffiths (Leviathan: The Story of Hellraiser) uncovered a wealth of insight on the production, including rare archival materials  and never-before-seen footage.
Enjoy Pennywise: The Story of IT with a 30-day free trial of Screambox, available on iOS, Android, Prime Video, YouTube TV, Comcast, and Screambox.com.
Share