Home | News | RedDeer.Games revealed “THE EVIL ONE”- a brutal action-adventure game based on a legendary crime novel by Leopold Tyrmand

RedDeer.Games revealed “THE EVIL ONE”- a brutal action-adventure game based on a legendary crime novel by Leopold Tyrmand 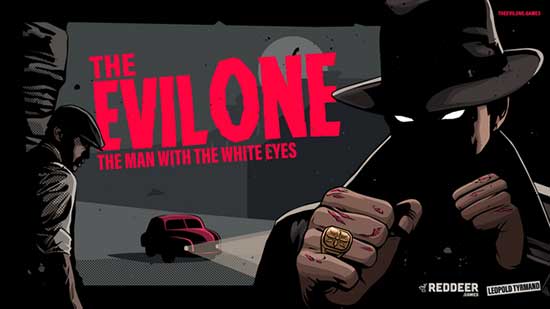 During a press conference in Warsaw, developers from RedDeer.Games announced they will work on a video game based on the cult crime novel “The Evil One” by Leopold Tyrmand.

This isometric action-adventure game will take players to a city that is rebuilding after the war, full of jazz, swing, romance, and crime.

The game is created in cooperation with Destructive Creations, the creators of War Mongrels, Ancestors Legacy, and Hatred.

RedDeer.Games has obtained a 20-year, modern license to adapt Leopold Tyrmand’s book and build a world inspired by “The Evil One”. Developers started working on the game based on the author’s most famous novel, hailed as “the most popular crime story of the People’s Poland (PRL)”.

In the ruins and construction sites of Warsaw in the 1950s, a white-eyed stranger brings justice to hooligans, thieves, and organized crime on his own. Where the power of the Militia does not reach, citizens can count on the Evil One.

The underworld, however, is awake and is preparing an intrigue that may lead to serious problems in the reviving city. Tyrmand’s noir tale is the perfect setting for a game steeped in a dark and disturbing atmosphere.

“The Evil One is often called the Polish Batman – this comparison has already shown the novel’s potential. Tyrmand dedicated his book to the city of Warsaw and we also intend to show the city that rises from its ruins. For an international audience, it will be called Bad City and will often be mentioned as a City by a capital C. Fans of the novel have nothing to fear – we will certainly convey the unique atmosphere of the underworld, streets, gates, and buildings of the capital, and at the same time we will ensure accessibility for players from outside Poland. I am proud of the Team who imagined at an early stage how during the dynamically developing technology and emerging new fields of exploitation, we can build not only the game but the whole world that we call the “multiverse”. We will bring it closer and reveal it in the next steps”, says Michał Maciej Lisiecki – co-founder and CEO of RedDeer.Games.