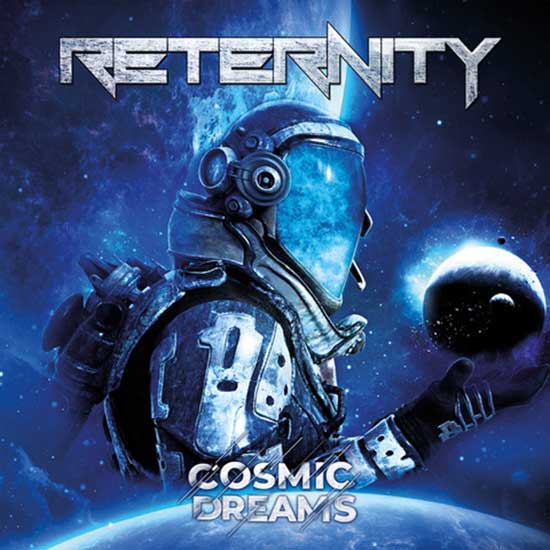 Cosmic Dreams”, the third album by the southern Germans Reternity, will be released on 15 July, on which the band presents itself as more musically mature and diverse than ever before. With a playing time of almost 45 minutes, the 11 tracks offer a homogeneous statement in terms of metal. Melody, heaviness, intricate and progressive elements as well as epic moments can be found on the new long-player, which was produced by Andy Horn (Fight feat. Rob Halford, Rob Rock, Cage, Edenbridge and many more). The final tracklist can be found below. As a first taste the band released “Untamed Hearts”, a first single and video release. You can find it on the MDD Youtube channel and on all common streaming platforms!