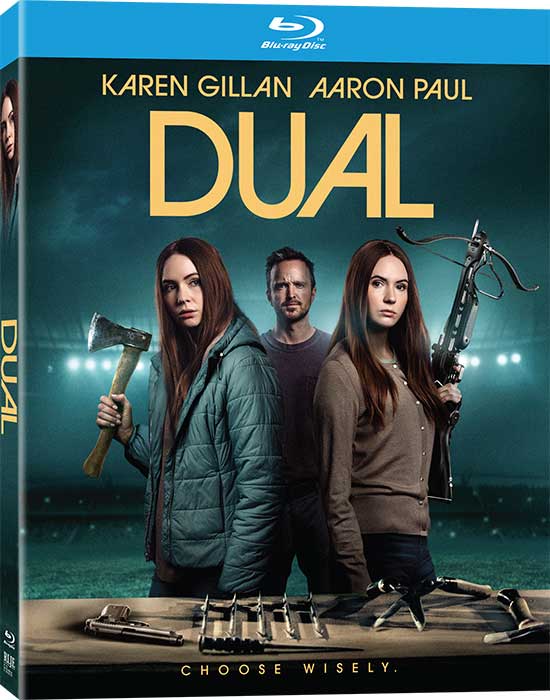 RLJE Films, a business unit of AMC Networks, will release the Sci-Fi/Fantasy film DUAL on DVD and Blu-ray July 19, 2022.

DUAL stars Karen Gillan (Guardians of the Galaxy Franchise), Beulah Koale (“Hawaii: Five-0”) with Theo James (Divergent franchise) and Aaron Paul (“Breaking Bad”). DUAL is the third feature film by writer / director Riley Stearns, known for his previous critically acclaimed films, The Art of Self-Defense and Faults. DUAL will be available on DVD for an SRP of $27.97 and on Blu-ray for an SRP of  $28.96.

In DUAL, upon receiving a terminal diagnosis, Sarah (Karen Gillan) opts for a cloning procedure to ease her loss on her friends and family. When she makes a sudden and miraculous recovery, her attempts to have her clone decommissioned fail and lead to a court-mandated duel to the death. Now she has one year to train her body and mind for the fight of her life.