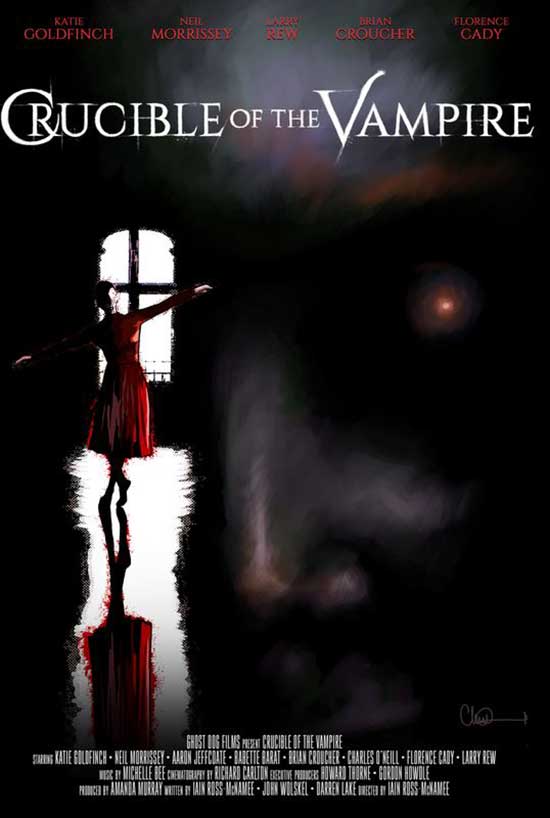 Ghost Dog Films, the British independent film and video game company has released a new version of their award nominated retro-style gothic thriller Crucible of the Vampire. The 2022 Director’s Cut features new footage and a remastered soundtrack of the imaginative British gothic chiller which has strong echoes of Tigon, Hammer and M R James ghost stories.

With the launch of a new trailer to support the 2022 Director’s Cut, it can now be viewed on Amazon Prime and AVOD Streaming channels including Tubi, Plex and Google TV.

Theatrically released in the UK through Showcase cinemas in early 2019, Crucible of the Vampire was then released via UK Home Entertainment and nominated for Best Thriller at the National UK Film Awards 2020.

Crucible of the Vampire is a devilishly delightful, genre throwback starring Katie Goldfinch in the lead role of Isabelle alongside Neil Morrissey (Men Behaving Badly, Line of Duty), Larry Rew (Underworld, Lord of the Rings) and Florence Cady who stars as the beautiful but dangerous Scarlet. Amanda Murray, producer with Ghost Dog Films says: “Crucible of the Vampire is a fresh take on classic horror and favours story and mood over cheap shocks or gore.

It’s a creepy and intelligently crafted tale of mystery and terror.” Page Two Director Iain Ross-McNamee said “When Crucible of the Vampire was released in 2019 I realised not everyone was understanding the tone of the film. Lockdown was a great opportunity to go back and rework it in a way that explained the story more clearly.

As well as re-cutting the picture edit, I wanted to go further with the atmosphere by changing the colour grade on several scenes to create a far moodier feel for the film. We’ve also pushed the emotion with an overhauled soundtrack and mix that features additional music from my frequent collaborator, Michelle Bee. There are various other tweaks and enhancements, including two entirely new scenes and other additional footage and effects. This is my preferred version of the film which I feel brings a much better energy and flow to the story.” 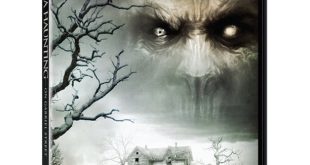