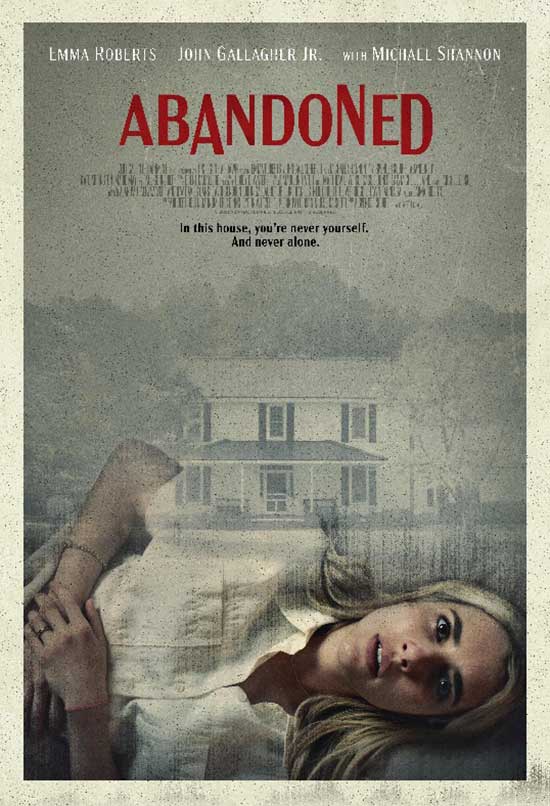 Abandoned follows the sharply intense lives of Sara (Emma Roberts), her husband Alex (John Gallagher Jr.), and their infant son as they move into a remote farmhouse, which harbors a dark, tragic history. As their home’s past is revealed, the mother’s fragility escalates to a state of psychosis that jeopardizes her own safety and that of her newborn son. Directed by Spencer Squire, the film stars Emma Roberts (American Horror Story, Nerve), John Gallagher Jr. (Peppermint), and Michael Shannon (Heart of Champions).

Abandoned is the first film to be released by Vertical Entertainment and TPC under their 2021 partnership to finance between 8-10 theatrical films per year.