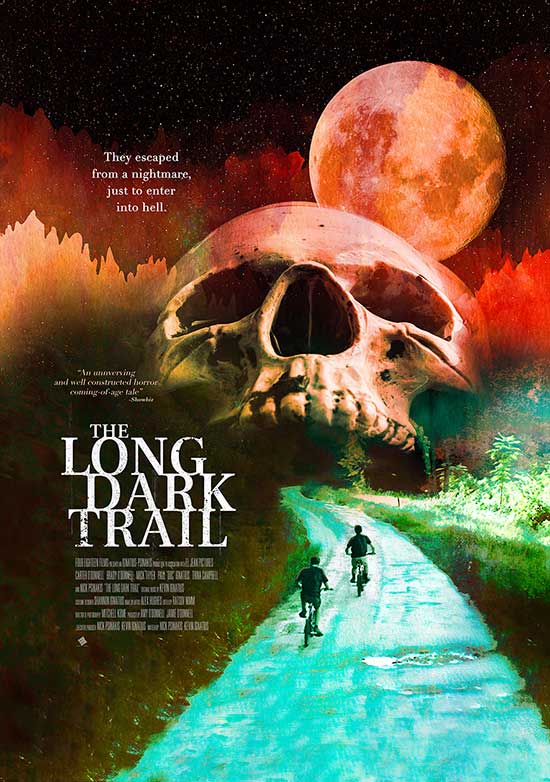 “They escaped from a nigtmare,
just to enter into hell”
Genre specialist Black Mandala presents psychological horror/coming of age movie, The Long Dark Trail, directed by Kevin Ignatius and Nick Psinakis. Two brothers, physical abuse and a fearsome satanic sect. STAND BY ME meets MIDSOMMAR in this folk horror story that takes refuge deep in a cursed forest.

Two impoverished teenage brothers flee after finally fighting back against their abusive father. Hoping to find and reunite with their estranged mother, they embark on a dangerous journey to rural Pennsylvania, little knowing that she has become a disciple of a sadistic cult that dwells there.