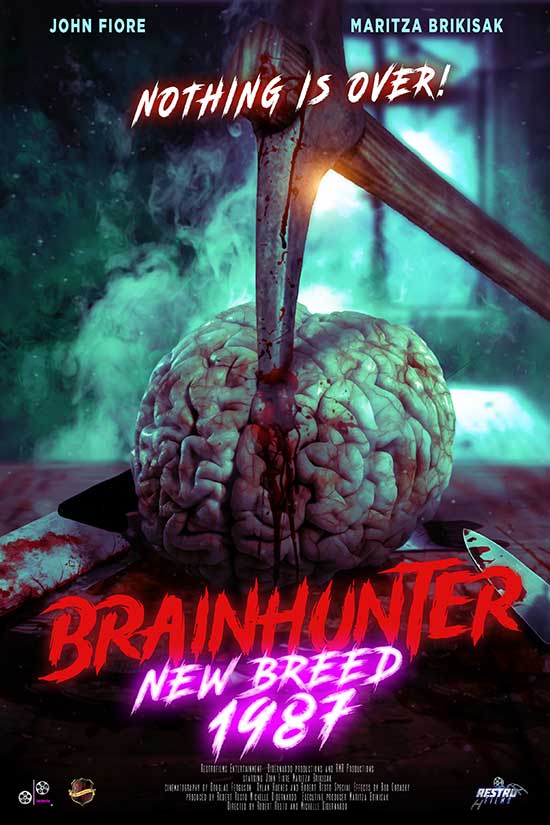 Robert previously shot a short with the Brainhunter concept which caught attention across the Globe. The short won a few awards. He wanted to take the opportunity to make Brainhunter something more. We shot this feature in 9 days throughout Syracuse, Cicero & Watertown, NY with a small family like crew.

Co- Directors- Robert Resto was born September 21,1972 is an American film director, screenwriter, producer and actor. He always liked to watch horror movies as a kid. When he was thirteen he started to do scary make-up effects on his friends and then direct them to act it out, and from that time on… he never stopped.

Michelle DiBernardo (michelledibernardo.com) is a Woman Filmmaker who is a jack of all trades. She enjoys bringing creatives visions to the Big Screen. DiBernardo is also the Founder of Creators Film Festival.