A FILM BY ANDRE RELIS

A look into the life of legendary guitarist Randy Rhoads best known for his gut-wrenching guitar solo in Crazy Train with Ozzy Osbourne.

AVAILABLE ON VIDEO ON DEMAND 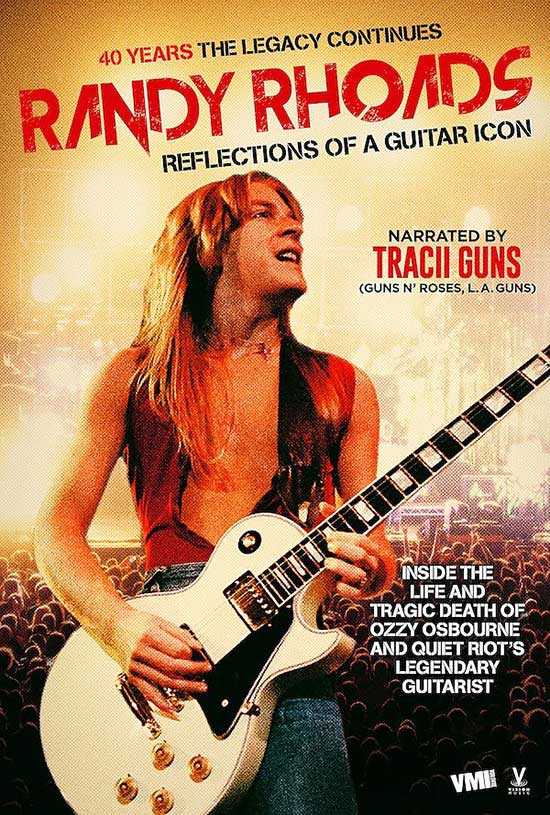 Randy Rhoads, the legendary guitarist known for his unmatchable guitar riffs, re-shaped rock’n’roll as the lead guitarist for Quiet Riot and Ozzy Osbourne. After forming Quiet Riot with bandmates Kelly Garni, Drew Forsyth, and Kevin DuBrow in the 70s, the band quickly became one of the most popular acts in the Los Angeles club circuit. However, their music failed to land them a legitimate record deal. After playing with Quiet Riot for over 10 years, Randy received an opportunity to be the lead guitarist for former Black Sabbath singer Ozzy Osbourne. Randy played with Ozzy for a few short years, recording legendary songs such as Crazy Train, which includes Randy’s groundbreaking guitar solo. After touring with Ozzy in the early 80s, Randy was tragically killed in a plane crash on March 19, 1982 at the young age of 25. His body died that day, but his soul and music live on forever.