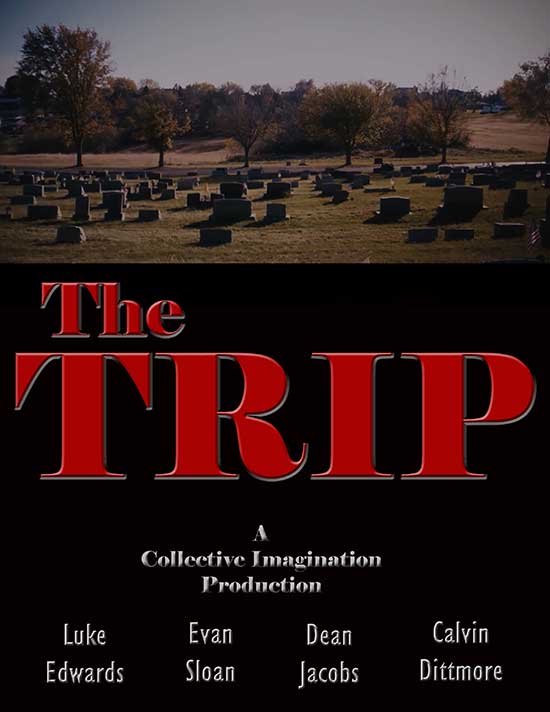 Collective Imagination Productions brings you their new vision of terror…

The TRIP is an upcoming psychedelic horror film, shooting in Pittsburgh, Pennsylvania this fall! The first trailer is already available online and you can see it here
“For a group of childhood friends, what should have been a relaxing weekend of excess quickly turns into something else entirely. It was fun… until it wasn’t.”

The film stars former child actor, Luke Edwards in the lead role of “Sam”. You may recognize Luke’s work from such movies like, The Wizard, Newsies, Little Big League & Jeepers Creepers 2! Evan Sloan, Dean Jacobs, and Calvin Dittmore will play the other 3 leads. The production team is also negotiating with several more recognizable actors for supporting roles in the film as well, yet to be announced! Stay tuned for updates and announcements as they transition from pre-production into principal photography in the coming months! A crowd-funding campaign will drop at some point in the future as well! So, keep an eye out…

The TRIP: Teaser from Collective Imagination on Vimeo.