Mondo Macabro and CAV present STRANGLER VS STRANGLER – The world Blu-ray premier of a cult classic from Eastern Europe. 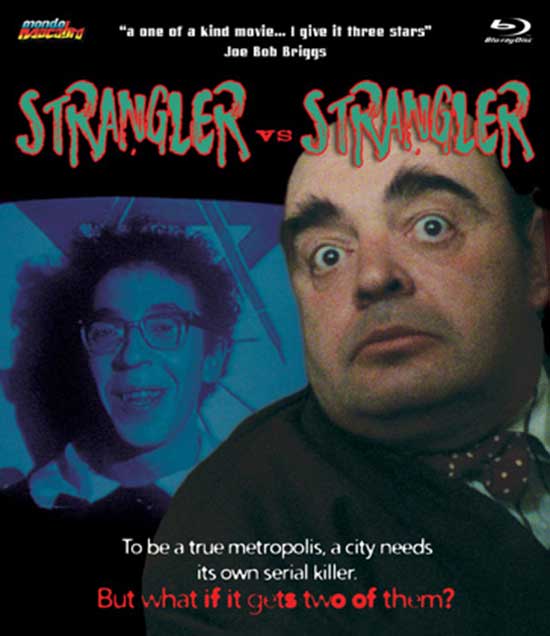 It is the mid-1980s and the city of Belgrade is aiming for metropolitan status which would put it on a level with New York, Paris and London. For a city to reach that category it has to attain a special level of crime. It needs a serial killer. Exhibitionists in cemeteries, peepers in parks, bank robbers, reckless drivers, rapists, murderers, all these Belgrade already has. For the city to be classified as a metropolis it needs the king of criminals: the strangler.

Suddenly a series of murders takes place. A deranged flower seller is strangling women on the streets of Belgrade, their crime in his eyes being that they refused to buy his carnations. At last, the city has its own serial killer. Finally it can attain the status of metropolis. 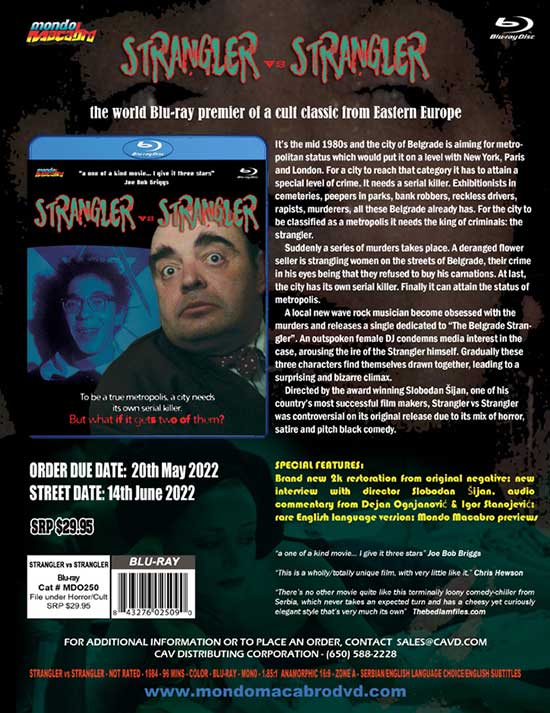 A local new wave rock musician become obsessed with the murders and releases a single dedicated to “The Belgrade Strangler”. An outspoken female DJ condemns media interest in the case, arousing the ire of the Strangler himself. Gradually these three characters find themselves drawn together, leading to a surprising and bizarre climax.

Directed by the award winning Slobodan Šijan, one of his country’s most successful film makers, STRANGLER VS STRANGLER was controversial on its original release due to its mix of horror, satire and pitch black comedy.