Four Anticipated Horror Movies That Will Scare you in 2022 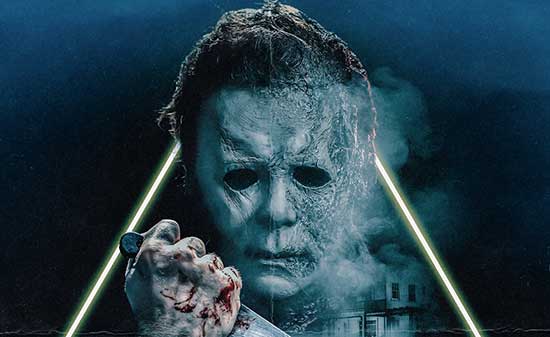 Despite the fact that the horror genre has never lost popularity, the year 2021 was marked by the completion of long-awaited projects in movie theatres. In addition to a slew of new films set to compete for horror box office dominance throughout 2022, there are some films that are highly anticipated, and we will mention those films within this article. The excitement for the release of these four horror films is building up and if you want something to pass the time, you can play a wide range of games on a gaming platform, you never know your luck, you may come across a few scary games after seeing this online casino guide, therefore, be very alert!

Director Scott Derrickson unveiled a new horror project with Sinister–C: Robert Cargill after he left Doctor Strange in the Multiverse of Madness. An adaption of Joe Hill (Lock and Keynovella) The Black Phone, stars Ethan Hawke. Ethan Hawk joined up with the writer and director of Sinister to play a kidnapper. An Austin, Texas-based horror film festival erupted in 2021 when the Black Phone stated that the film will be released in February 2022. There is now a new release date for the film, which is June 24, 2022.

The Norman Partridge novel, Dark Harvest, will be adapted by David Slade for the big screen. Prior to executive producing and directing the first episode of Hannibal, Slade directed Hard Candy and 30 Days of Night. Every Halloween, an October Boy emerges from the cornfields outside the town, scaring the people of the town into submission. A group of young guys pursues him as he travels into town, armed with his pumpkin head and a firearm. The narrative has all the makings of a cautionary tale and a coming-of-age story. In September 2022, when Dark Harvest is anticipated to be published, audiences will get to see Ol’ Hacksaw face’s climb to power.

Don’t Worry Darling marks Olivia Wilde’s follow-up to the entertaining Booksmart, in which she directed the lead role. Horror/thriller about a utopian society shaken by the startling truths with a stellar ensemble that includes Gemma Chan, Florence Pugh, Chris Pine, Nick Kroll, Timothy Simmons, Kate Berlant, and Wilde herself, making it one of the greatest casts of the year. The release date for Don’t Worry Darling has been set for Wednesday, September 23.

During the month of October, the last part of David Gordon Green’s Halloween trilogy will be released, and the film is called ‘Halloween Ends’ Michael Myers has returned to Haddonfield once again, he’s slaughtered a whole crowd, and now Laurie Strode’s tragedy comes to a close as well. After the events of Halloween Kills, Green indicated that a continuation would take place four years after the events of the first film, concentrating on Andi Matichak’s Allyson and Jamie Lee Curtis’ Laurie as they face the horror and murder left in Myers’ wake. Once and for all, it is time to lay down the cutting knife and give Laurie Strode the closure she is richly deserving of. There is, however, one unanswered question: will evil finally come to an end on the night of Halloween Ends’ debut?