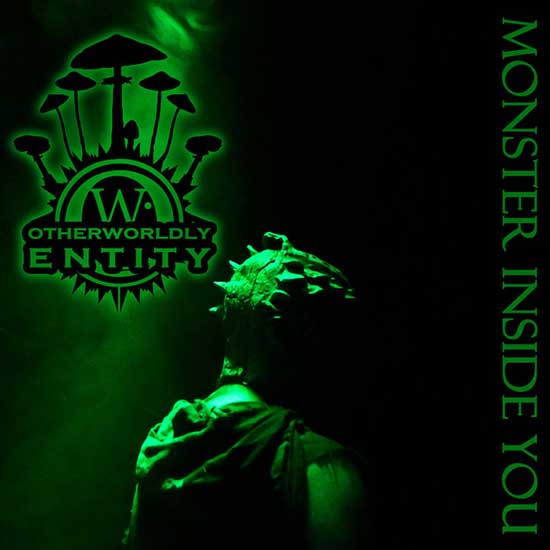 While music is often viewed as a “universal language,” bringing visuals to life can become its own challenge. Especially when you’re trying to bring a demon to life.

In the new music video by numetal band OTHERWORLDLY ENTITY, singer, designer, and paranormal investigator John Harris does exactly that.

“I’ve been a paranormal investigator for years, but I’ve never been the creature being investigated before. It was a real change of pace.”

The video, written by Otherworldly Entity vocalist John Harris and guitarist Zlatko Grozl, and directed by drummer Taylor Porter, follows the stars Chloe Danes and Marina Giraud investigating through an old house while they face a demon lurking within. The demon was created by Harris specifically for the video, starting with a clay sculpt and working through the casting and painting of the latex mask. Harris even created the full outfit, dying the fabric and finishing the entire look.

“We want to do all of the design, all of the visuals, from scratch to create something out of this world.”

Harris has given lectures on Paranormal Studies at colleges and universities, and has worked with some of the leading experts on various aspects of the paranormal world. Yet it is through his music that Harris finds the greatest paranormal response.

“I’ve been lucky enough to perform in some incredibly haunted places. I’ve probably performed for more dead than living audiences. But music transcends time, and is something that we all connect with.”

Photos from the Monster Inside You music video are being featured in April’s Spellbound Magazine and OTHERWORLDLY ENTITY is playing with the legendary numetal band Cold in Rochester, NY on May 14