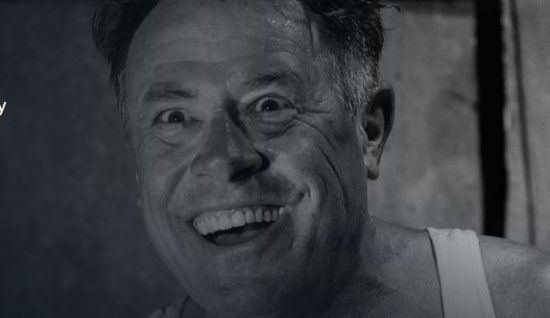 Present-day global events are like something out of Dr. Strangelove or Don’t Look Up. In the new David Cronenberg-inspired film, the apocalypse is only the beginning of the end of the world. Nick Young and Alexandra Slade portray Gore and Diane, two very different people who are stuck with each other in a bunker, left to sort out what went wrong on the surface.

“The first draft was written in August 2016, amidst a US presidential election even more controversial than usual, a growing fear of global war, and a burgeoning cynicism in America that was spreading like wildfire. All of this informed a script that was originally coming from a personal place of fear and isolation. Global drama aside, this project is intended first and foremost as entertainment: a presumably good character we can identify with up against an unstoppable monster who represents everything that scares and infuriates us. It is a tribute to and expansion of themes from the body horror sub-genre of sci-fi and horror.” – Brian Patrick Butler, writer/director

‘Friend of the World’ premiered in a virtual space during the 2020 Oceanside International Film Festival. The film has been praised for its performances and its ability to tell a story on a low budget scale. Critics have compared the acclaimed film to Night of the Living Dead, Possum, the works of David Lynch and stage plays with its limited setting and dialogue driven sequences. It was nominated for two San Diego Film Awards, including Best Actor for Nick Young.

‘Friend of the World’ has been acquired by Troma Entertainment and is scheduled to release on the Troma Now app on April 1st.