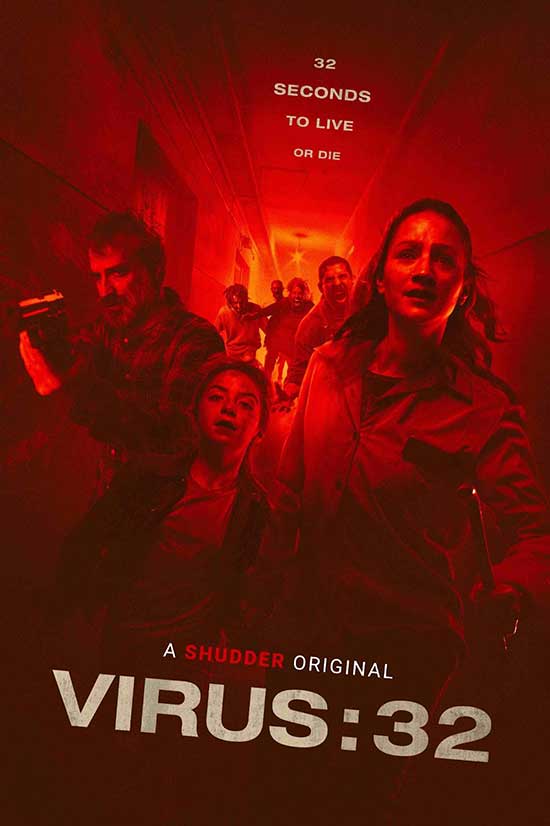 The Latest From Latin American Horror Maestro Gustavo Hernandez, The Celebrated Director of THE SILENT HOUSE And YOU SHALL NOT SLEEP, Premieres Exclusively On Shudder April 21

Shudder, AMC Networks’ premium streaming service for horror, thrillers and the supernatural, unveils today first look stills and new key art for the upcoming Shudder Original zombie thriller Virus :32 ahead of the film’s exclusive world premiere debut on the platform on Thursday, April 21. The film is the latest feature from Latin American horror maestro Gustavo Hernandez, whose feature debut The Silent House (La casa muda) premiered out of Cannes’ Directors Fortnight in 2010 to international acclaim, and was followed by the 2014 Fantastic Fest premiere Local God (Dios Local) and 2018 Tribeca premiere You Shall Not Sleep (No dormirás). A screener is available now on Screeners.com.

In Virus :32, a virus breaks out and a chilling massacre rages through the streets. The sick become hunters, and only calm their fever by unscrupulously killing all those not yet infected. Unaware of this, Iris (Paula Silva, In The Quarry) and her daughter spend the day in the sports club where Iris works as a security guard. When night falls, their fight for survival beings. Their only hope of salvation arrives when they discover that after each attack, the infected seem to stop for 32 seconds of calm before attacking again.