Home | News | “THE SHAPE OF THE WOODS”/ Poster and trailer

“THE SHAPE OF THE WOODS”/ Poster and trailer 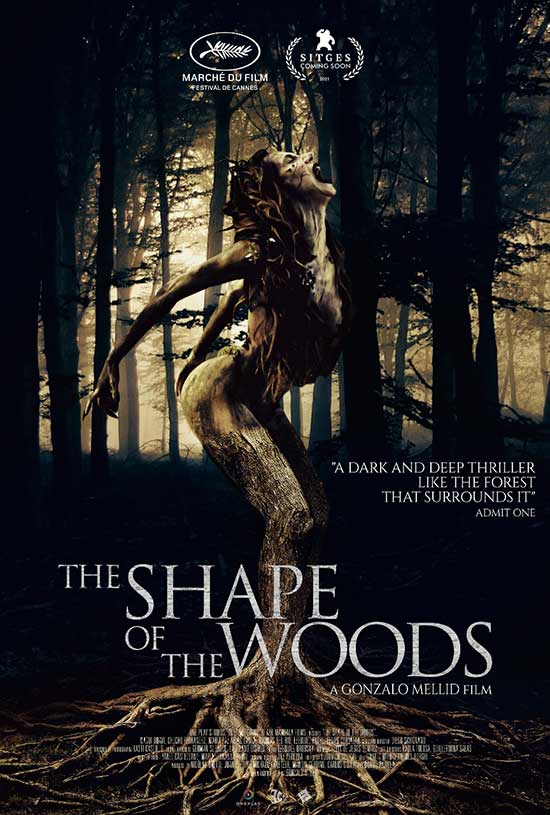 “A movie that flirts with “Evil Dead” and folk horror”
Genre specialized Black Mandala presents The Shape of the Woods, direct by Gonzalo Mellid. A film that tells the dark story of a cursed, enchanted forest… from which there is no escape. Tradition and terror merge within a family that hides a dangerous secret.The Shape of the Wood, which showed its first trailer at Marche Du Film (Cannes) as part of the Blood Window exhibition, stars María Paz Arias Landa, Nicolás Del Rio, Ezequiel Pache, Felipe Corvalán, Chucho Fernández and the renowned actress Magui Bravi in ​​a revealing role.
Silvia and Andrés, two brothers who live with their grandfather in a house in the middle of the forest, unleash the wrath of a dark entity that will chase them relentlessly until it catches them, during the course of one night. Children must use the weaknesses of the entity to survive until dawn and thus free themselves from the curse.

The Shape Of The Woods – Trailer from BLACK MANDALA on Vimeo.