Aliens, mutant dogs, sleep experiments, FBI conspiracies… this is the bare bones of the Dark Web. There are eight levels, and deep down you can find hell itself.

What begins as a simple YouTuber game with disturbing videos and fakes, as the main character goes deeper and deeper into the Dark Web, everything begins to go dark… a no return journey. The most twisted and perverse can happen. His secrets emerge like a body floating in salt water, like a beautiful nightmare. It’s as if an episode of Black Mirror meets Schumacher’s 8mm. 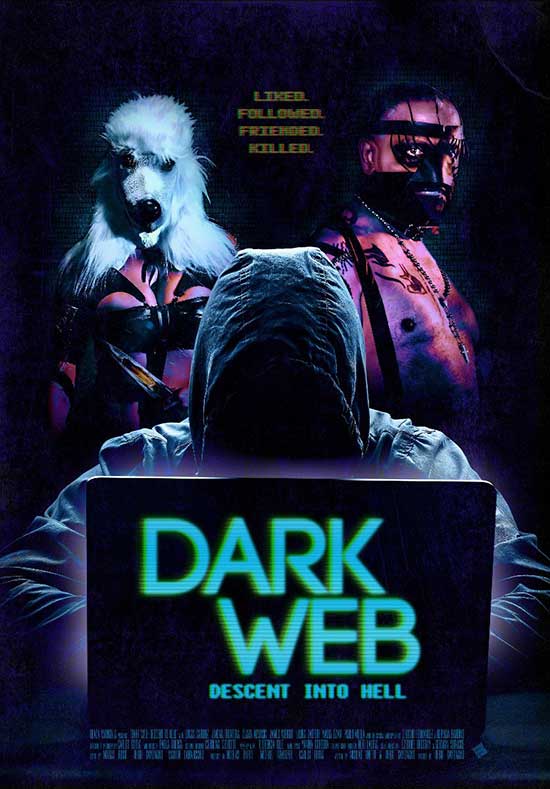 Our disturbing horror thriller, Dark Web: Descent Into Hell, directed by Diego Savignano (The Birth of Evil), is now available on all major streaming and cable platforms in North America (US/Cananda) and UK / IRELAND.

The Dark Web is the large part of the Internet that is inaccessible to conventional search engines. Experts estimate that search engines crawl and index less than 1% of all the content that can be accessed over the Internet. A young YouTuber, “Ludovico 122”, will try to reach the eighth level of the Dark Web, penetrating the deepest and unknown part of the internet while he films the experience for his audience. But he is not prepared for a horrible surprise that will change his life…