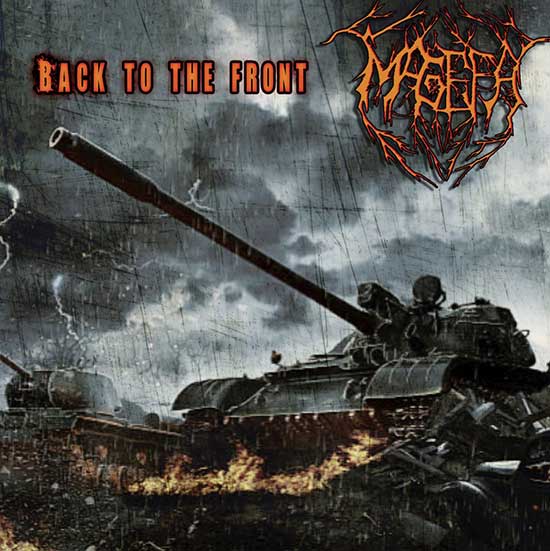 In Ukraine’s support, Magefa release a new single ‘Back To The Front’ tomorrow!
HyperFollow page and #spotify pre-save link: bit.ly/3pFk910

“This track was originally recorded to be part of our next album (to be released later this year), but watching the news from Ukraine, we decided to make an effort and release it as our first single and support Ukraine in their war against Russia.”

Their last album “Exenteration” was released on March 2021 and since, got more than 240K streams on Spotify alone!

The band has recorded new tracks to be released later this year.

“Back To The Front”
All Lyrics by Kevin Grams
All Music by MAGEFA
Produced by MAGEFA & Michael Heiliger
Recorded, Mixed and Mastered at Presskopp Studio, Germany, by Michael Heiliger (www.presskopp.de/)
Cover Artwork by MAGEFA