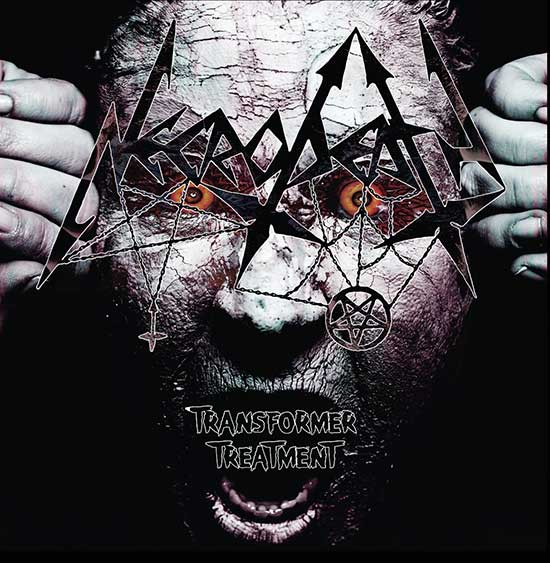 “Transformer Treatment” is a song written in collaboration with S.B. Reder (SCHIZO) and inspired by the “Ludovico Technique” of the movie “A Clockwork Orange”. For the single’s B side, the band recorded a cover of the famous MERCYFUL FATE’s classic “Come to the Sabbath”.

The moment you hear it, you know it’s NECRODEATH. Formed back in 1984, the Italian act is one of the real iconic black-thrash metal bands. With an ongoing career of almost 40 years, the band has helped to shape the Italian metal scene and the international underground as it is today. NECRODEATH released a cult-demo tape titled “The Shining Pentagram” and obtained an incredible success in the underground. The demo is still considered a real gem in the thrash and black metal history. Tons of tributes in major magazines, fanzines and other underground outlets highlighted the release of the first two legendary albums “Into The Macabre” (1987) and “Fragments Of Insanity” (1989). And today after many full-lengths, EPs and side projects the long voyage to hell is not over yet.