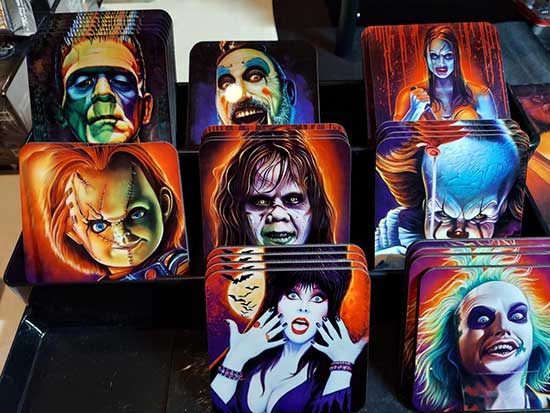 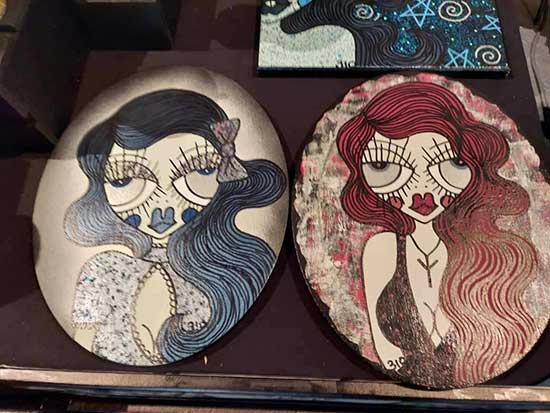 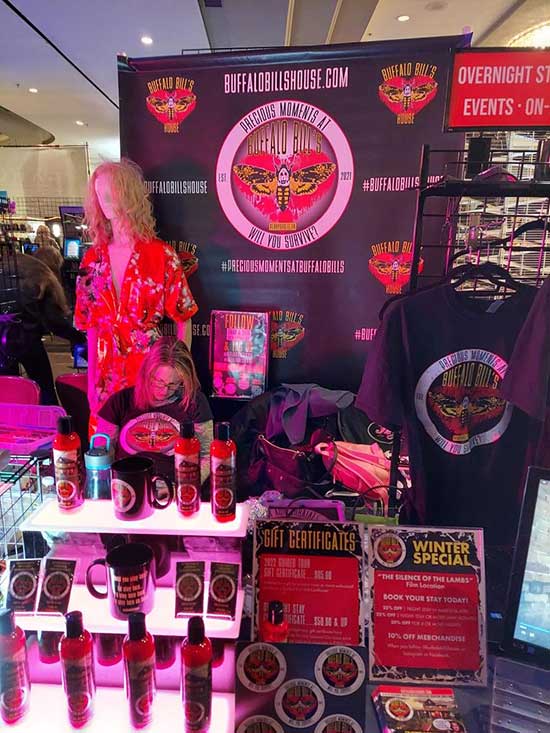 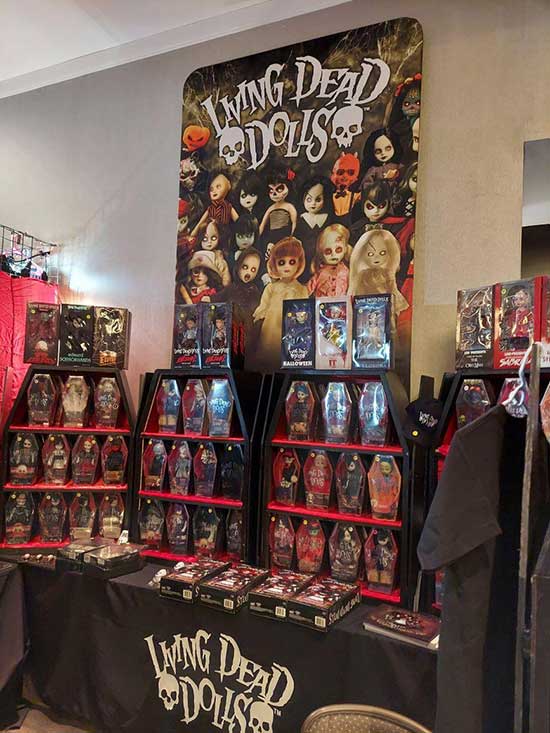 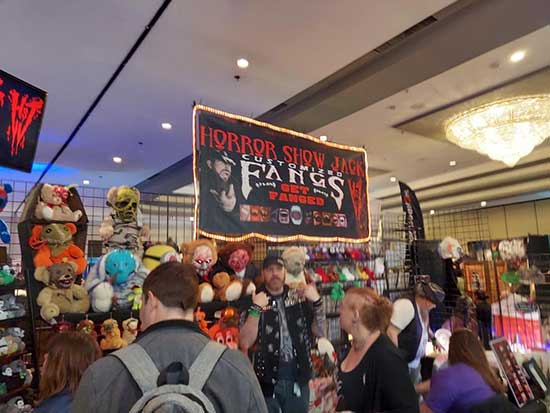 Monster-Mania always feels like a family reunion. A lot of the conventions are that way but for me Monster-Mania was one of the first “horror” conventions I ever attended. I’ve made a lot of great friends over the years. 2022 is no exception. The vendors and celebrity guests were epic. It’s also amazing to see all the work people put into cosplay. So many people were wearing various Dexter Morgan looks, Dexter’s infamous “kill” clothing, his kill room clothing, his lab outfit, you name it, someone was wearing it. Michael C. Hall’s photo-ops and autograph lines were never-ending on Sunday. (I was only able to make it Sunday this year, usually I’m a Saturday person.) I had a chance to check out social media for Monster-Mania and everyone was sharing the photo-ops and autographs. The cast of Dexter including Michael C. Hall, Jennifer Carpenter, Erik King, C.S. Lee, David Zayas, and James Remar were in attendance. They each had solo photo-ops and then a group photo-op.

I wandered around with friends and then by myself for a while. I talked to Erik King who portrayed Sgt. James Doakes, the determined and always suspicious of Dexter Morgan on Dexter and he portrayed Moses Deyell on HBO’s OZ (Tom Fontana is an incredible writer.), True Crime, CSI: Miami, The Good Fight, and more. Erik King was great to talk with. He has one of the most iconic scenes in Dexter when Sgt. Doakes catches Dexter checking out the shipping containers, and he walks in full-force and says, “Surprise, Motherfucker.” He has a few iconic moments on Dexter but that is probably one of the most infamous quotes and the way he just has no fear and he knows about Dexter.

Jennifer Carpenter, C.S. Lee, James Remar, and David Zayas who is one of my favorite actors, he was also on HBO’s OZ. The Dexter reunion was incredible. There were a few fans who were wrapped in plastic wrap too. 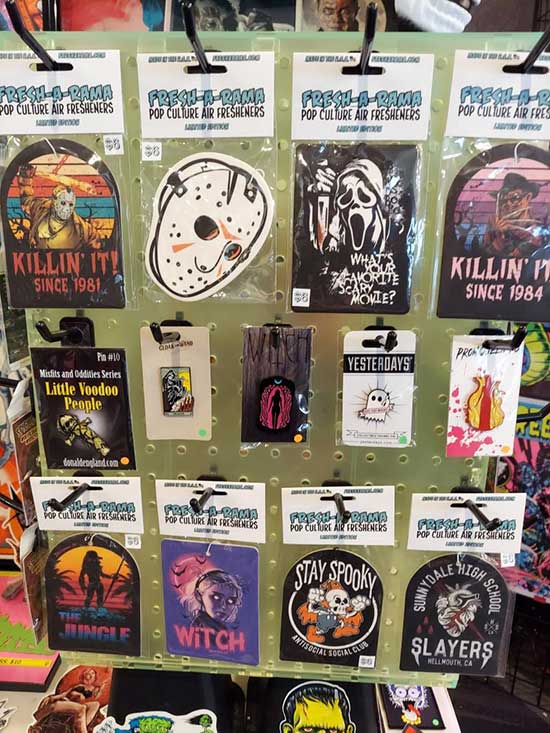 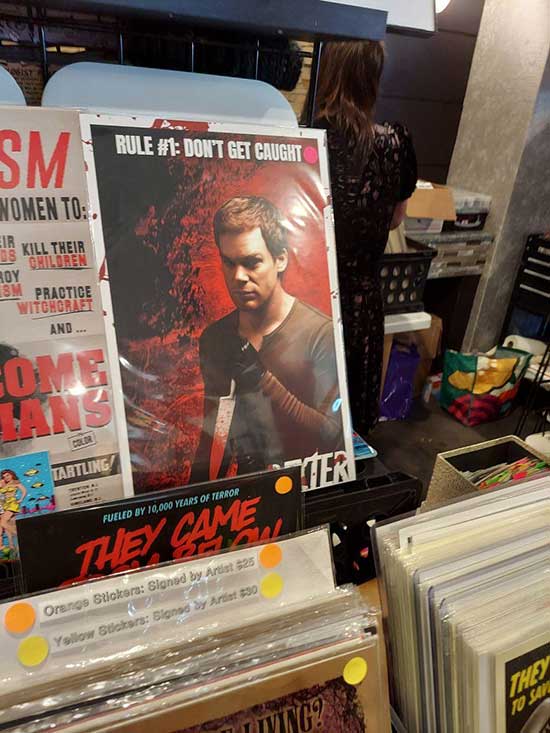 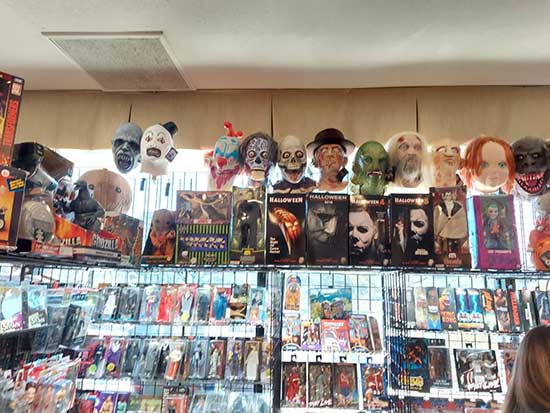 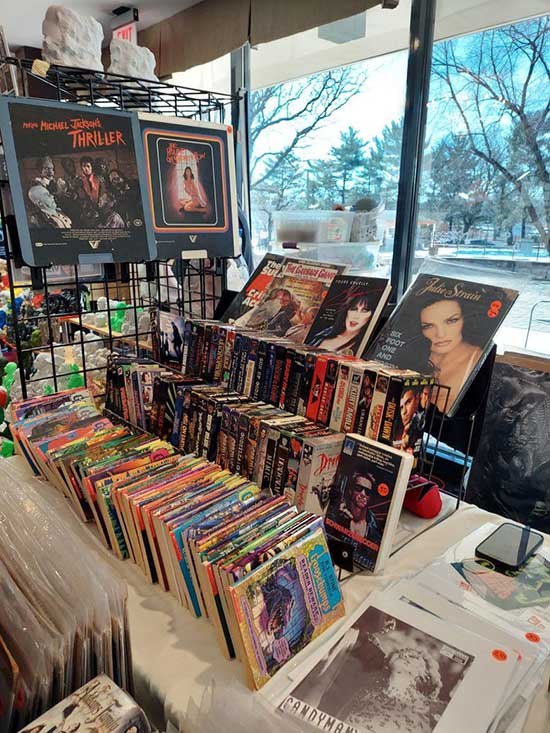 Dana DeLorenzo from Ash vs Evil Dead and Ray Santiago had quite an awesome following. Dana and Ray had a lot of fun with the fans. Everyone was super happy and whenever Evil Dead is involved, you know it’s going to be good. The legend known as Barbara Crampton was also in attendance, the horror fans/community made sure to show the love to Barbara Crampton. She is a consistent part of the horror community.

Jeffrey Combs is another icon, starring in everything from The Frighteners, Re-Animator, Would You Rather, From Beyond, the list goes on and on.

Devon Sawa is another actor that everyone was so excited to meet. Recently Devon starred in Hunter Hunter, Chucky, and Black Friday. Devon Sawa portrayed Alex Browning in Final Destination, he was in Casper, SLC! Punk, A Cool, Dry Place, Idle Hands. The list goes on. Final Destination was directed by James Wong and written by Jeffrey Reddick, James Wong, and Glen Morgan. It’s one of those movies you can watch over and over.

As for the vendors, there were some familiar vendors and some new vendors. It’s always cool to check out the vendor rooms. Buffalo Bill’s House: The Silence of the Lambs film location was set-up. They are set up for people to stay overnight at Buffalo Bill’s house and they are giving tours. The website has all the information. buffalobillshouse.com/ Chris Rowan and his wife Deanna are doing such an amazing job. Chris puts a lot of heart into this and you can tell. 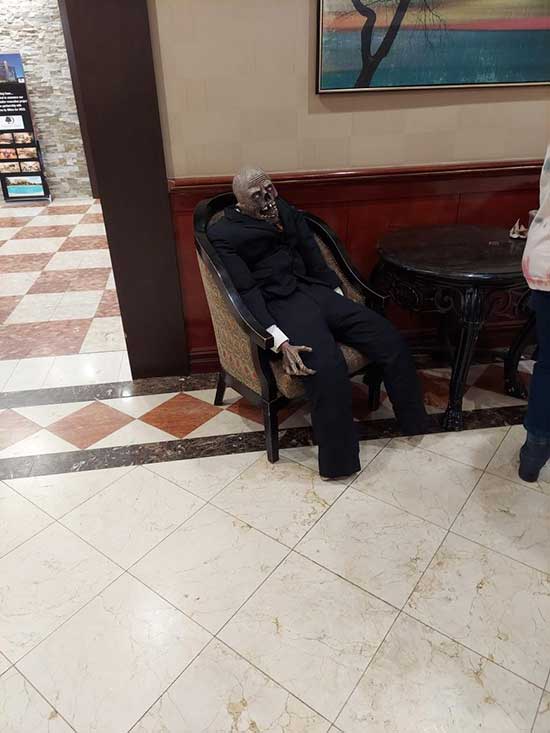 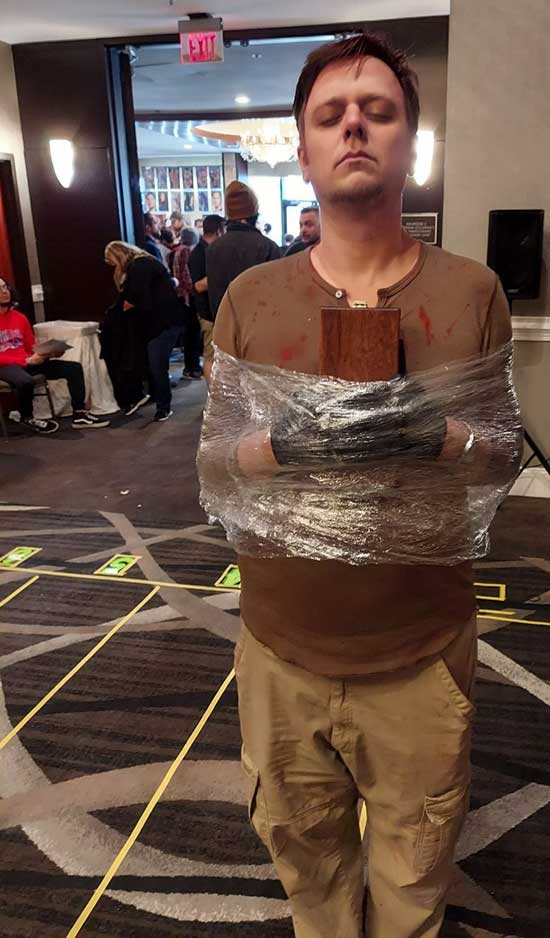 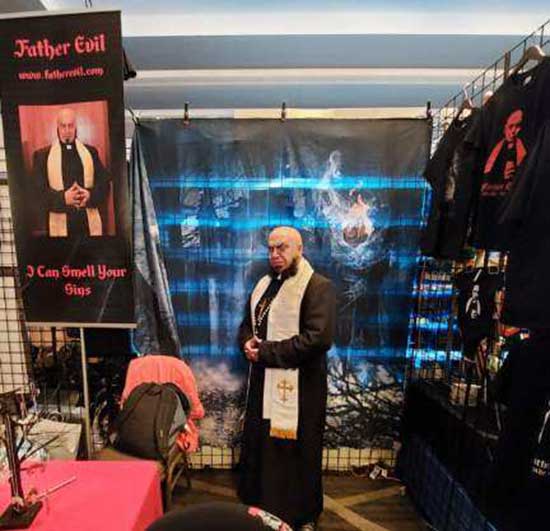 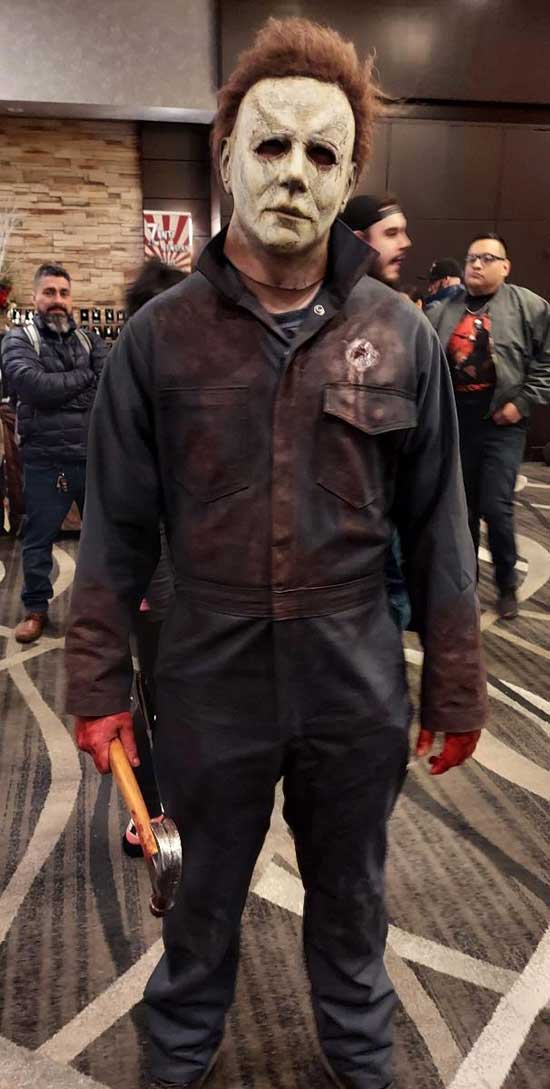 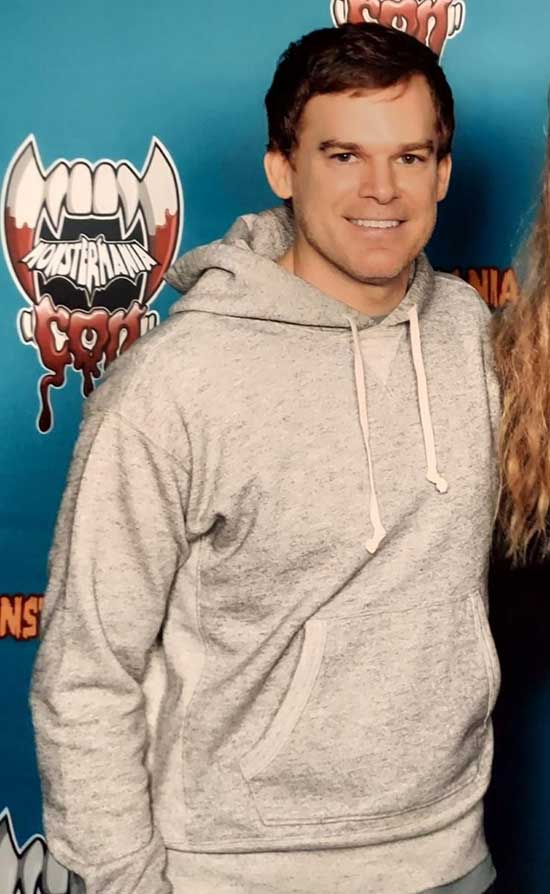 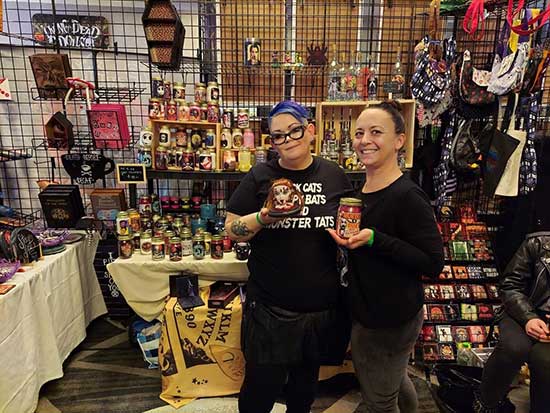 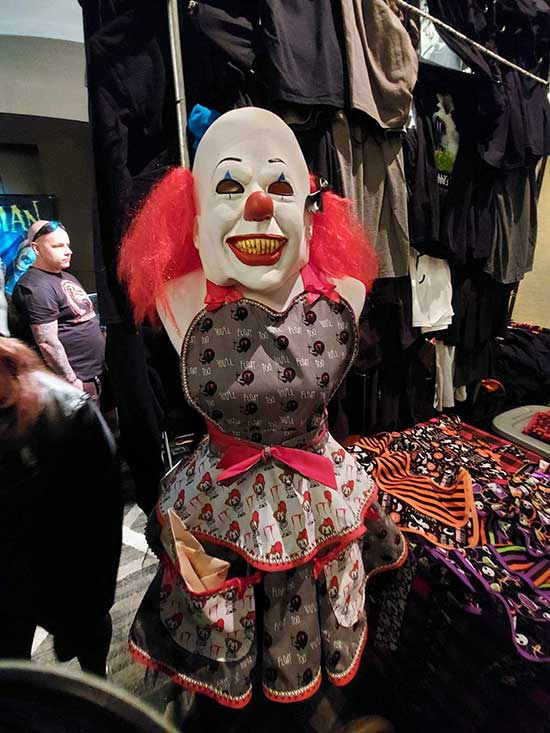 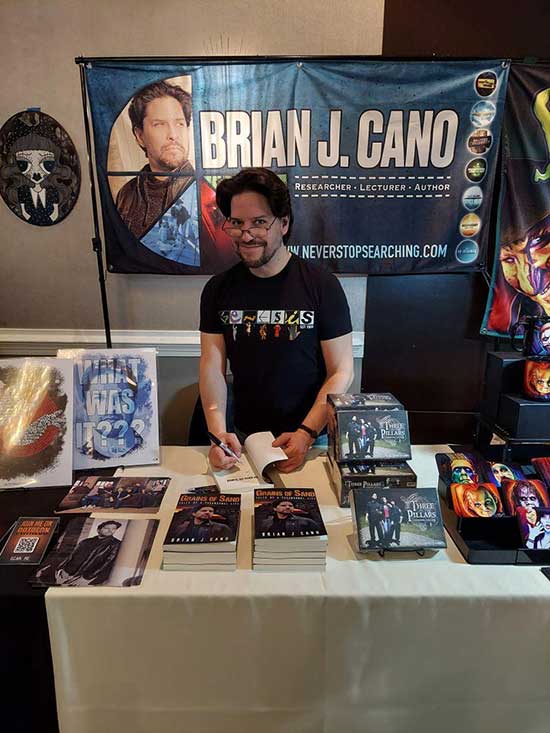 I also ran into my friend who is also an AMAZING artist, @jennmhardingart on Instagram, check out her work. She is also a Hot Topic Creator. Father Evil was also in attendance. Lou “Father Evil” Avilleira has become a staple at the horror conventions. Father Evil is a unique character because he was created by Lou himself.

Brian J. Cano, Paranormal Investigator extraordinaire, and resident skeptic is now an author. Cano released a book, “Grains of Sand: Tales of a Paranormal Life”. You can check out Brian’s social media and his official website, www.neverstopsearching.com/ – Brian also has all his events listed on the website.

I also met Ashli, the owner of Curseiv, she is such a talented artist. I stopped to talk to her when I noticed she had such a cool variety of art. Ashli has an Etsy shop and she is on social media.

There was a LOT of Dexter memorabilia and SCREAM memorabilia, Roger Jackson was in attendance and of course he is the voice of Ghostface. A lot of the vendors had a large variety of different stuff. People were in search of certain films, posters, t-shirts. Speaking of t-shirts, Fright Rags was there, they had a stand set up. They were at the end of the hall heading to the large vendor room which was also near the photo-op entrance and exit. Fright Rags is always cool. 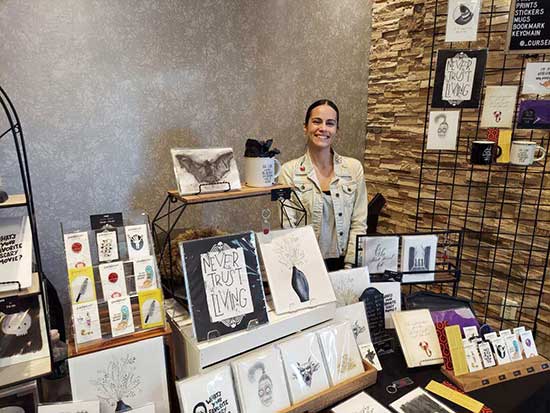 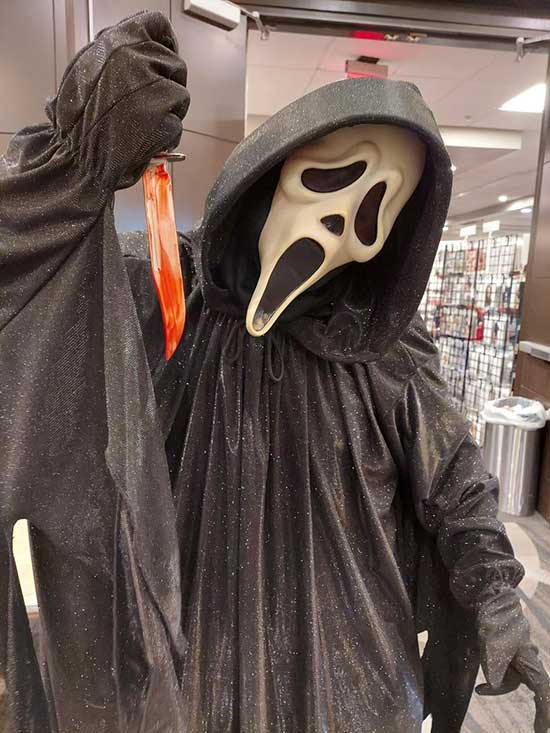 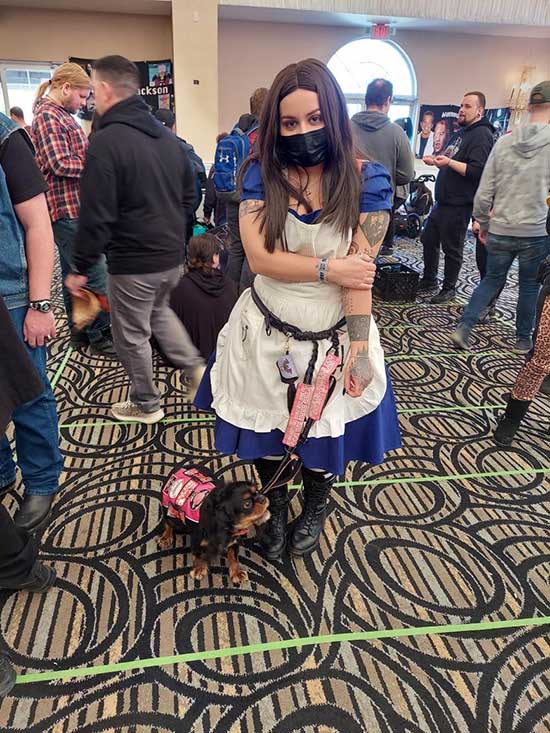 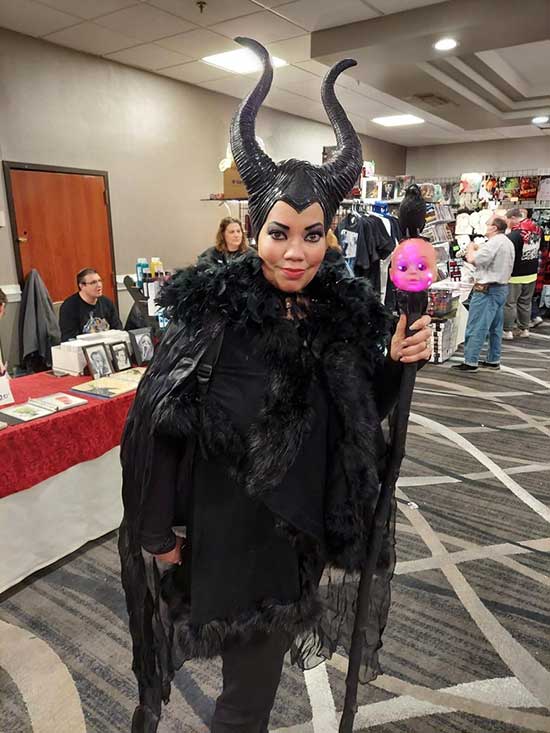 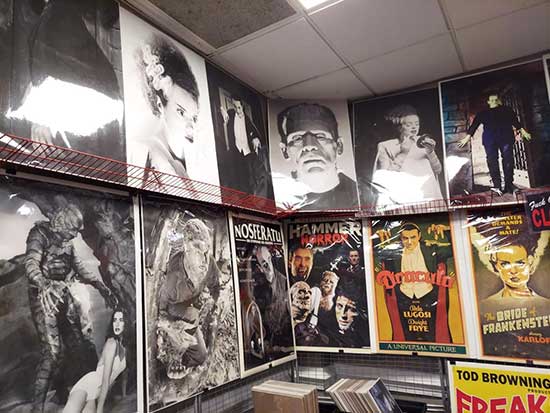 Horror Show Jack’s Customized Fangs was also there, Ian’s Pumpkin Carvings, Lee Platt’s From Ashes to Empires was vending, he has a little bit of everything. All sorts of collectibles.

James Jude Courtney who portrays “The Shape”, Michael Myers in the 2018 Halloween and Halloween Kills has become a fan favorite.

There were so many vendors and awesome people in attendance at Monster-Mania. Dave Hagan, his son Doug Hagan did a great job with this Monster-Mania.

I also met Ashley from Curseive who creates the most incredible art.