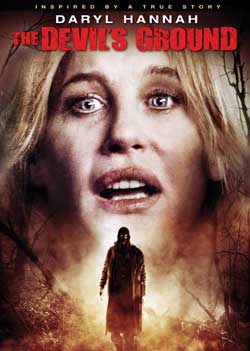 Carrie Mitchell (Daryl Hannah) is en route to her new life in Salem, Maine. After stopping at a lonely gas bar, she has a rather strange conversation with a hulking gas station attendant in which he warns her that the roads are bad, but she continues on towards her destination. Suddenly, from out of the woods staggers AMY SINGER, injured and scared! Carrie pulls over to help, and her young passenger begins to tell Carrie a horrifying story of what befell her and her friends in the woods.

Through a series of flashbacks we witness the horrific events of Amy and her colleagues who days earlier were out on an environmental studies trip for college. They were camped in the forest excavating what they believed was an ancient Indian burial site, and they unearth arrowheads, and native artifacts which lead to ancient bone fragments, when they then find an arm bone, with a Rolex watch still attached around the wrist, It suddenly dawns on the group that they have discovered a burial ground, but not the type they were seeking!

Upon first watch you probably will say to yourself, haven’t I seen this film before? That’s because it starts very much like a dozen other films I’ve seen. Most recently, “Dying Breed” but there are others as well. Though don’t give up hope as there some good things coming.

Our scenario is much like we’ve heard before. A group of smart college kids head up to the back roads out on an excursion. This time the kids are environmentalists. As they head on there road trip filled with needling, sex, and typical young adulthood games they of course stop for gas. The gas stop is always the warning point in these films. As they meet a young man crippled with no hands who calls himself Billy. They of course can’t help a few inconsiderate giggles and ignore his warning to stay away from the “Devil’s ground”.

Didn’t they see any episodes of Scooby Doo when they were kids? Though that doesn’t make much of an impact because then the movie would be over, right? So the nubile young intellects head to the hills to take soil samples. They share a few environmentalist argument points and head in for the night. The RV does come a knocking and the terror begins. Though not so fast. Of course the group does there morning excavation and discovers bones upon bones buried in the land. This might not be so bad exect some of the bones are pretty recent.

Now I’m sure your guessing that some weird backwoods sicko starts to hunt them down with the pure intention of killing? Yep your right! complete with a machete and a gun. I guess that helps with variety. Though its kind of silly if you think about it. Machete for close range and rifle for the ones that are getting away.

Through all this plot building I missed a crucial plot introduction. Daryl Hannah who goes by the name of Carrie Mitchell is driving though the country late at night when she is startled by a young woman in the road. Once she stops, a young girl by the name of Amy Singer comes aboard with a tale of being chased within an inch of her life. Upon heading back to find the nearest safety the story begins per way Amy’s tale of her and her friends being chase by a madman in the forest. This of course being the previously mentioned tale.

Daryl Hannah in a horror film is a pretty good match. Though I can tell you that most of Daryl’s time on screen is behind the wheel listening to her passenger. The story begins simple enough but begins to unwind into something a bit more plotted and complex. Now it would be a bad move to reveal too much but I can tell ya the story takes a few turns into a different kind of story that you signed up for. Still it provides a bit of back telling to connect the plot directions so its not played oput entirely linear.

Tension is pretty high, while the kids struggle with the forest creep in isolation and far from cell phones and hot pockets. The cinematography is appropriate to the film style which is primarily toned with a yellow green earth tone kind of look. The action is similar to that of “Hills have Eyes”. I think filmmakers have becomes fascinated with backwoods folks as they seem to show up in every film that comes out now. This doesn’t mean that “Devil’s Ground” is a bad film, its just a bit derivative after you’ve seen 10 of these suckers. But in essence the film has its share of thrills, and plot points that excel it a but past just a psycho in the woods kind of film. I did still enjoy Daryl’s performance even though it was a bit more subtle that I would have liked. Hopefully the next time I have to do a road trip I’ll wait till a Denny’s before making a pit stop. Oh ya, anything that is called “devil” something, is probably a sign to just keep driving and save the sight-seeing for another day.

A solid film release from Lightning Entertainment that has its share of intensity points. Now you know what to expect you can make your decision appropriately. If you still have some need to see more backwoods adventure chases then have it. Though to be honest I’m hoping for some new trends this year for filmmakers to pipe off of. None the less Devil’s Ground is a strong slasher film with a touch of depravity. 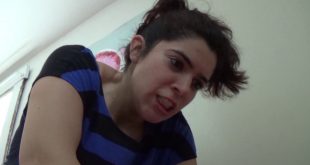