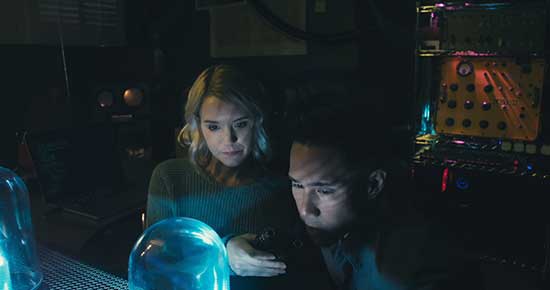 Madeline and Owen are privately funded scientists who have just discovered time travel by sending an orange 1 minute into the future. After Owen pushes to do a mouse test that fails horribly, Madeline decides to fine tune the time machine and test it on herself.

The experiment seems to be a success until Owen is attacked by a copy of Madeline that shows up in their backyard. After accidentally killing the Madeline copy, Owen and Madeline discover that there was a mistake in the software code which resulted in a loop. After some quick math, Madeline and Owen realize that a new copy of Madeline will appear in their backyard everyday for the next 9 years if they don’t figure out a way to fix it. Owen decides that they need to kill each Madeline when they show up to prevent a time paradox which could destroy the universe and their marriage.