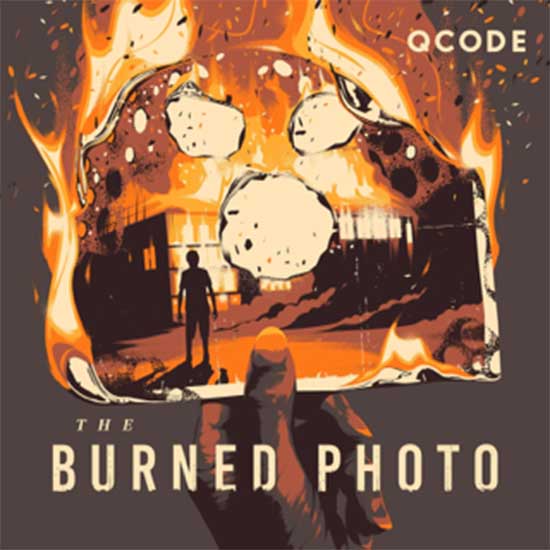 QCODE, a premium leading content studio and podcast network, today announced that the hit horror podcast series, The Burned Photo, will return for a second season. Premiering on March 14, episode 1 of The Burned Photo Season 2 will be available everywhere podcasts are streaming. In addition to the premiere episode on March 14th, those who subscribe to QCODE+ on Apple Podcasts will also get early access to episodes 2 and 3, ahead of non-subscribers.

Created by Nicole Exposito, Season 2 of The Burned Photo will once again star Charmaine Bingwa (The Good Fight) and Kat McNamara (Shadowhunters). The seven episode series is written by Exposito, Jeremy Novick, and Kwynn Perry and directed by Novick and Perry. The Burned Photo is produced by QCODE and Vertigo Entertainment (IT and THE DEPARTED).

Based on the suspense-filled and popular Reddit thread, The Burned Photo, tells the story of Felicia and Kira, two women, whose lives become intertwined when they discover they are being terrorized by the same generational curse that is determined to end each of their family lineages… but why? In Season 2 of The Burned Photo, Felicia and Kira, tired of being gaslit and terrorized, face up to Tanmitadore on their own terms as they seek to understand its motivations. As they dig deeper, they discover the curse’s connection to the mysterious 18th century sorcerer, Doctor Joachim and realize the curse’s origin is more horrifying than they could ever imagine.

Charmaine Bingwa can be seen in CBS’s The Good Fight and will appear in Antoine Fuqua’s thriller EMANCIPATION alongside Will Smith. Kat McNamara is known for her performance as Clary Fray in the Freeform series Shadowhunters.

Nicole Exposito is an independent author who conceptualized and wrote this mind-bending series.