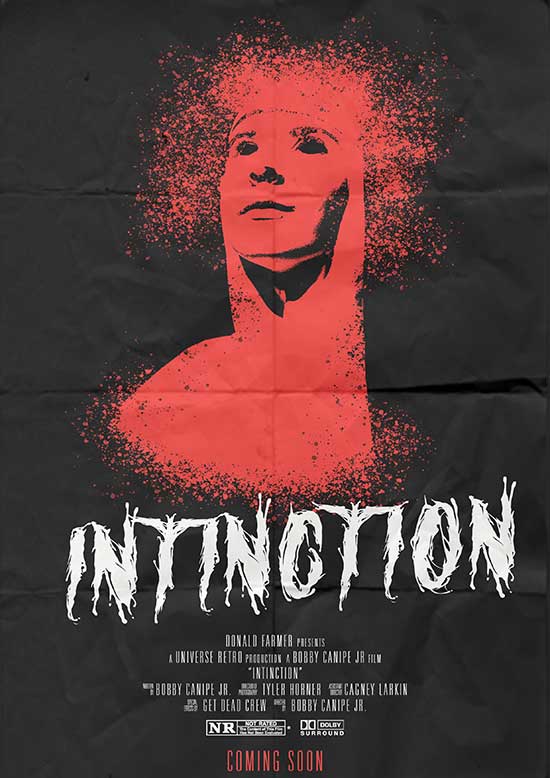 Filming in Hickory, North Carolina. May 2022

Intinction is heavily inspired by gore films such as Burning Moon and the films of Brian Paulin. Heavy, detailed, graphic practical SFX & Gore, combined with the zaniness and high energy of films like Night of the Demons.

The film follows a group of 4 young adults taking a ouija board into an old house. This house is said to be haunted by a horrific past, one that the 4 believe is fake. Tonight they will find out if the story of the 3 demonic cannibals nuns are true.

Intinction is now funding on indiegogo and is written and directed by Bobby Canipe Jr. (Night Whispers, Adjust Your Tracking, Mom n Pop: The Indie Video Store Boom of the 80s/90s).

The indiegogo link below offers LOTS of additional info, a campaign video, etc.