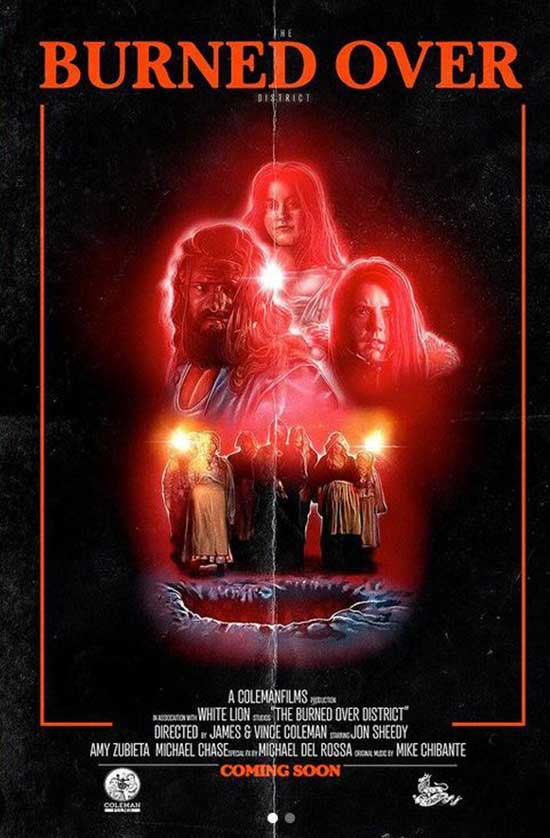 Coleman Bros. Films have just released the Official Trailer and poster art for their new indie horror movie “The Burned Over District.” Co-produced by White Lion Studios, “The Burned Over District” is written and directed by Rochester natives James and Vince Coleman, and based on actual historic events that occurred near their hometown in the 1800’s. Special Effects veteran Michael Del Rossa (“Humanoids From the Deep,” “300”) splatters the screen with his visceral creations in what is said to be “Pet Sematary meets Mandy, with a little Hereditary thrown in the mix.”

Plot: After losing his wife in a horrific car accident, grieving widower Will (Jon Sheedy) retreats to a quiet town in Western New York. His respite is cut short when he discovers that the town and its residents are hiding a dark and terrible secret. Together Will and his sister Katie (Amy Zubieta) must fight to survive the ancient darkness that has consumed The Burned Over District.

The film is currently in post production and will be completed in May of this year. For more information, please contact burnedovermovie@gmail.com