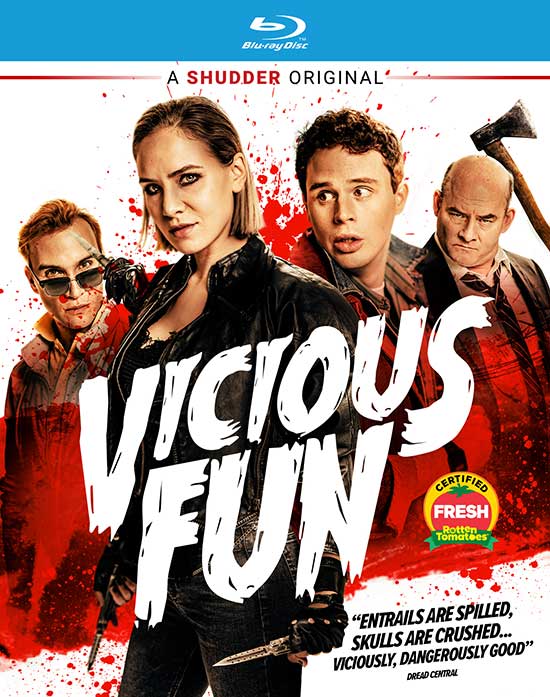 Directed by Cody Calahan (“Canada’s Worst Driver”, The Oak Room), and written by James Villeneuve (The Ticket), VICIOUS FUN stars Evan Marsh (Shazam!), Amber Goldfarb (“Sex/Life”), Ari Millen (“Orphan Black”), Julian Richings (Man of Steel), Robert Maillet (Sherlock Holmes) and David Koechner (Anchorman: The Legend of Ron Burgundy). The DVD will be available for an SRP of $27.97 and the Blu-ray will be available for an SRP of $28.96.

In VICIOUS FUN, Joel is a caustic film critic for a national horror magazine who unwittingly finds himself trapped in a self-help group for serial killers. With no other choice, he attempts to blend in with his homicidal surroundings or risk becoming the next victim. “Bloody, heartfelt, and hilarious, VICIOUS FUN is one of the best horror comedies in years” (Dread Central).