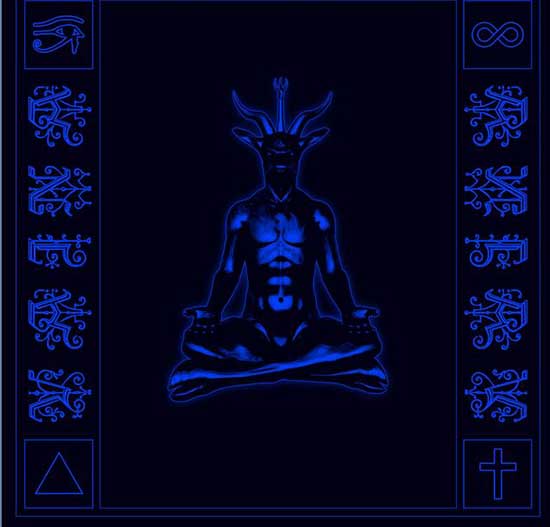 The album is due out March 4th 2022 via Aesthetic Death.

Toilet Ov Hell premiered the album single “About: Blank” at THIS LOCATION!

The track “I1” was premiered at Grizzly Butts HERE!

Impossible without just listening, but perhaps the best way to try to understand the “Futue Te Ipsum” album, is to travel back a few years…

After VAINA‘s debut album (“Viisikärki”) was released in 2017, the band were invited to undertake a small tour. However, not being entertainers and without any real desire or need to perform they agreed only to doing one gig, which happened to be their first.

Being held the day before Hexennacht and at an unknown anonymous space. It transpired that the so-called venue was a rathole only fit for demolition. The general atmosphere was uncompromising and schizophrenic…. hectic but phlegmatic, communal but unwelcoming. It happened that the music was supposed to be summoned in a small desolate room, containing almost nothing. Hard to tell, at times, if the invitation was really for a fist fight or to play music? Perhaps both.

To mix things up further, instead of replicating the new album – “Viisikärki” – as was expected, we had prepared a set of unrehearsed noise. The strategy was a rough concept and a loose framework to build upon, everything else was totally improvised.

Being properly wasted before the start of the gig, then as things started the bass guitar plug and pedal broke. It was not going to plan. Subsequently, throughout most of the set the bass was being played lay on the “stage”… and once the set concluded the bass was continuously smashed into the floor and walls, in an attempt to get some fitting sound out of it. Even though the bass performance was fairly bittersweet, other parts met with more success. Crude, echoing and space-like guitars blended in with the furious shrieks of our vocalist – it was a triumph of accepting a challenge, overcoming adversity and with the end-result not being as totally fucked up as it might.

Reactions from the audience were diverse. Some really liked the performance (unsure about the music) whilst others totally hated it. The most rewarding feedback was from witnesses (not normally into this kind of music) who felt our show was transcendental, as though they had experienced being transported to some other place or form. Whilst playing the set we had experienced the same. It had become a spiritual experience.

On that night, the mindset and approach for a purposeful and challenging new direction was set for VAINA. There could be no return. It was imperative to continue to follow our intuition, to explore and go further down these unpolluted and unchartered paths.