Home | News | Johnny Blaze Rides Into His Next Era in the All-New Ghost Rider #1 Trailer!

Johnny Blaze Rides Into His Next Era in the All-New Ghost Rider #1 Trailer! 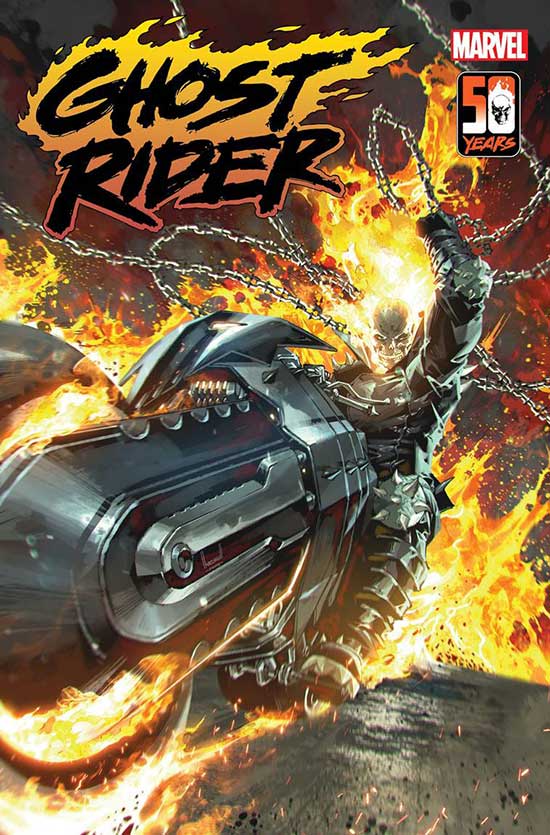 Celebrating Ghost Rider’s 50th anniversary, Johnny Blaze, the original Ghost Rider, returns tomorrow in an all-new ongoing series written by Benjamin Percy with art by Cory Smith. Known for his thrilling work on titles such as WOLVERINE and X-FORCE, Percy will put his own devilish spin on the Ghost Rider mythos, evoking all the frightening elements of Ghost Rider’s most classic stories while driving the Spirit of Vengeance towards a new age. And Cory Smith, known for his brutally beautiful artwork on titles such as CONAN THE BARBARIAN, is eager to bring the hellish horror that only Ghost Rider can deliver! Together, this team of creators are hellbound to make this Ghost Rider’s most explosive era yet!

The series picks up with Johnny seemingly living the perfect life: a wife and two kids, a job at an auto repair shop and a small-town community that supports him… But  Johnny isn’t doing well. This life is beginning to feel like a prison. And there’s a spirit in him that’s begging to break out! See the torment and vengeance to come in the all-new GHOST RIDER #1 trailer, featuring never-before-seen artwork!

“This is a back-to-basics approach that focuses (for now) on Johnny Blaze,” Percy told SYFY Wire. “Where has he been the past few years? You’ll know soon. I can’t tell you too much, or I’ll undercut the suspense and horror. And rest assured: this is a horror comic. Some really unsettling things happen in this first (oversized) issue alone.”