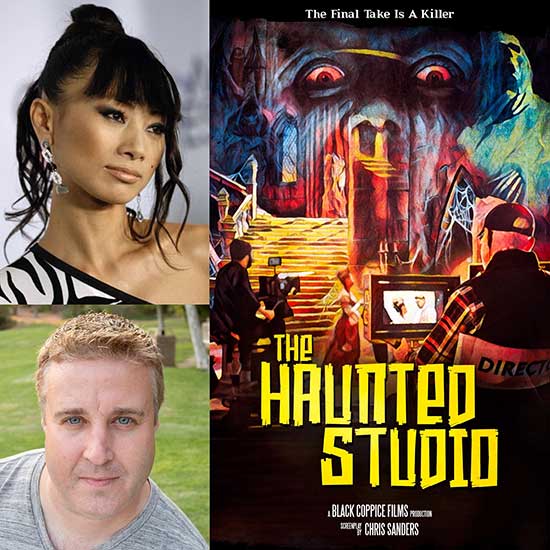 Black Coppice Films is pleased to announce their next film, a supernatural comedy of sorts called “The Haunted Studio” starring Bai Ling (“Red Corner”, “The Crow”, “Wild Wild West”), and Hans Hernke (“Todd”, “Another Plan From Outer Space”, “Nest of Vampires”). Under the direction of Randy Kent, with Chris Sanders penning the script and producing. Hans Hernke and Randy Kent will also serve as executive producers on the flick.
“The Haunted Studio” is a comedy-horror film. It follows an eccentric B-Movie producer who inadvertently summons a real demon during his latest horror film shoot.
Filming will begin in Burbank, CA this June and then move to Leicester, United Kingdom in July to wrap up the remainder of filming.
Bai Ling will be playing the role of Cornelia and Hans Hernke will be playing the role of Peter Haversham. More cast announcements will be coming soon leading up to filming in June.
Check out the crowdfunder campaign for the movie to get involved: www.crowdfunder.co.uk/p/the-haunted-studio?fbclid=IwAR1deTJCQlc5Aohjmav2f_v2Q9hmcRvH6PdQNCqh22bONRU8z2s5fWjXSzI
Black Coppice Films just finished production on their recent film “Demons at Dawn”, as well as “Werewolf Cabal” and their latest released title, “Nest of Vampires” is available on most VOD platforms to watch streaming.
Share