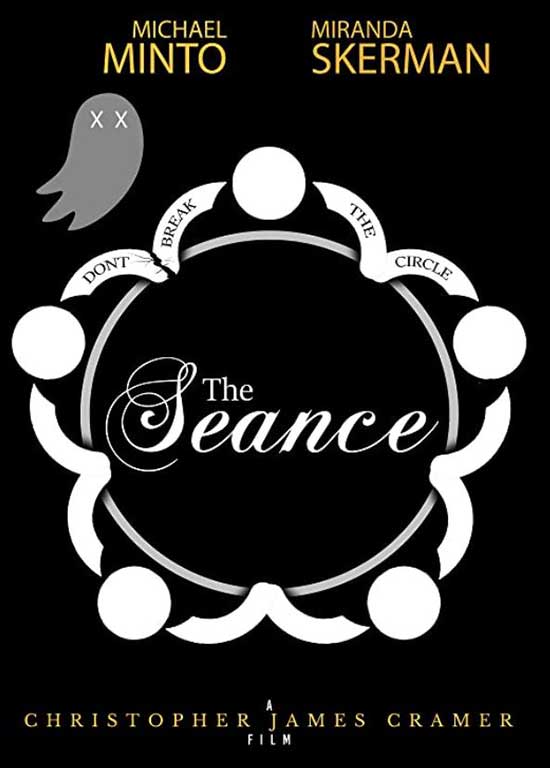 A YouTube-famous paranormal debunker attends an infamous medium’s seance in an effort to expose his charlatan ways. During the evening she discovers this haunted house’s occupants will do whatever it takes to avoid the limelight.

The Seance is a 2021 horror film directed by Christopher James Cramer and written by R.J. Buckley. It stars Michael Minto as Nate and Miranda Skerman as Andy.

“The Seance” is a well paced film that delivers not only as an interesting story but exceeds in the chills factor. As you guessed it, “The Seance” centers itself on the afterlife and metaphysical side of things but done in a modern more-familiar way.

Nate is a career medium who charges his customers for an authentic seance experience. Usually clientele are among those who seek to momentarily reunite with their loved ones. The setting is a quiet house where Nate resides by himself and pays his bills by holding seances for those who seek his services. On the other side of things, Andy is a well known Youtuber skeptic who delights in debunking these very kinds of events and activities. She has attended with the interest of documenting her experience to discuss (unveail) in one of her next episodes.

What really works right off the bat is that Nate is a charming character who despite experiencing skeptics in the past has grown accustomed to their ploy’s. When Andy insists on lingering behind he allows her the freedom to make her way around his seance room looking for clues or debunking patterns. The exchange of skeptic vs medium is sprinkled with a bit of humor as the two of them exchange opposing views and discoveries. Nate, who remains calm and accommodating allows Andy her opportunity to investigate knowing that his experience is deeply rooted in the spiritual experience of residing in a knowingly haunted house that is not only host to 1 spirit, but perhaps several displaced spirits of past.

His rules are simple….no pictures or videos.

Andy persists which is what catapults the tension of this piece. Her persistence rooted in a stance of denial further awakens the undead and a familiar voice from her past. This film could have stayed the course of a direct thriller but instead chose to give the characters some play between them keeping things a little more playful than other films of this nature.

It’s almost expected that the story changes tune, but still there is inherited charm felt with Nate’s and Andy’s realization to the situation. Nate in fact proclaims that he stays their out of loneliness and has chosen to live among the dead. Andy, who has spent a career debunking and investigating several seances in the past is transformed with a new realization to what awaits us on the other side.

As mentioned before, the pace here is steady never letting things get too slow to keep things from moving into some form of escalation. Michael Minto’s character is perfectly played out which helps to really fuel the absurdingly of the protagonist / antagonist relationship. The film delivers alot of creepiness, but does so with a cool swagger attached to the whole thing. “The Seance” is an enjoyable watch that keeps things simple enough so that its haunting moments are presented as unsettling more than anything. None-the-less, it also provides an interesting take on hauntings and things from beyond!