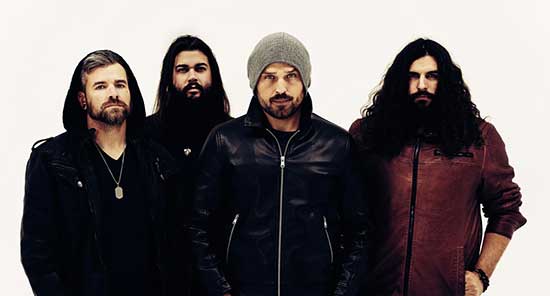 Awaken the Giant released their new single “Feel Alive” to all major platforms!

“Feel Alive is a song about being caught up in depression and addiction, being in a crowded situation and not feeling part of it, and feeling eager to fast forward to the future in hopes of a better life and to feel alive again” says the band.

Awaken The Giant is an American rock band from Houston, Texas, formed in 2017 by Blake Suarez (guitar/vocals) and Tab Cocchia (Vocals/guitar).

Original band mates from a former band, Tab and Blake broke away to create a heavier, harder sound and be the sole song writers. This allowed them to create the sound that they always envisioned.

Awaken The Giant is independently releasing their debut EP Black & Blue on 2/25/22, and has amassed a world wide fan base. The EP will showcase mainstream rock songs to heavier multi genre styles with electronic elements.

The band released their debut single titled “I Fooled You” on July 23, 2021. The single has already amassed over 8.4 million streams on Spotify!

Awaken The Giant – I Fooled You (Official Lyric Video):