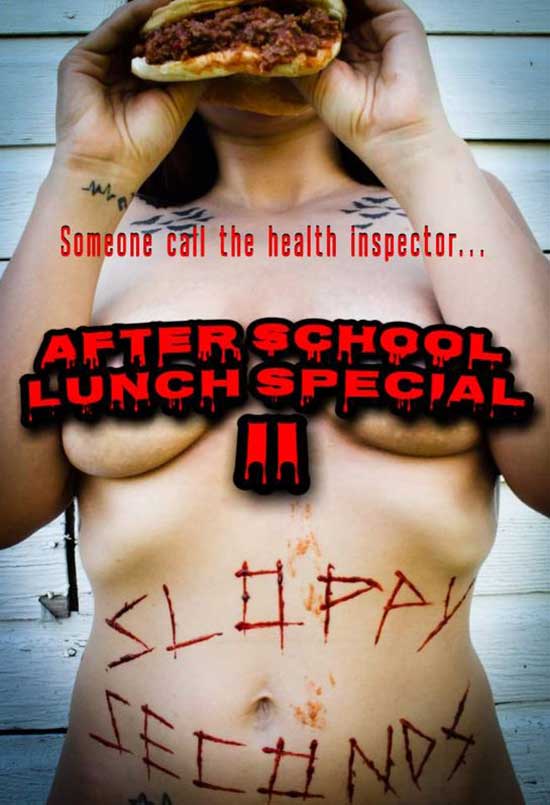 The anthology film hits virtual shelves this March on hojbob.com. Although the feature — written and directed by Andrew J. Chambers — works as a stand-alone, it picks up right where the original left off.

The Big Fat Man Child (Sam Perry) is morbidly obese and unable to leave his chair while his dead mother decays beside him. Once saved and rehabilitated, BFMC is joined by a talking tapeworm named Mitch (Lloyd Kaufman), and together they watch their favorite twisted tales in the back room of the Tromaville Health Club where BFMC has spent time getting in shape. Mark Torgl (The Toxic Avenger) even makes an appearance as a mop-wielding health club employee.

Available for the first time on DVD, HojBob Production’s love letter to Troma Entertainment, After School Lunch Special II: Sloppy Seconds is jam-packed with original music. The soundtrack features the title track Sloppy Seconds by hip hop artist Smoke Break, as well as music by Over the River, Jhibeeji, and The Suburbanists, along with an original score by producer Aaron Gum. This must-have for “blood and boobs” exploitation film fans is available for pre-order now at hojbob.com and will be hitting streaming services in the following months.