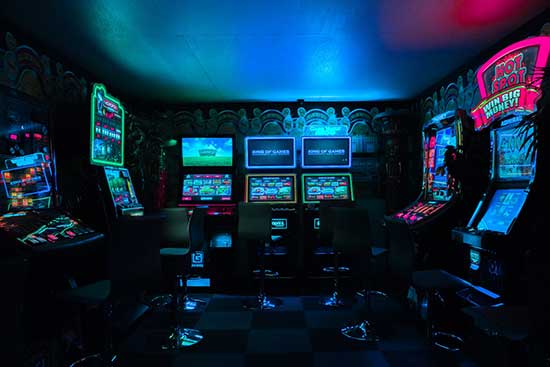 It doesn’t matter where you’re from, you probably know that the casino culture is very old. This is common knowledge. Therefore, it’s not important if you’re playing online pokies real money in NZ or enjoying table games in the UK, you know that the casino culture is celebrated in almost every country in the world. There have been plenty of Hollywood movies that paid tribute to casinos. Today, we are going to talk about a rare “phenomenon” in cinema – horror movies that involve gambling and casinos. Here are some of the movies that paid an awesome tribute to casinos.

A few fans know this, but this movie was first called Dead Man’s Hand. Poker enthusiasts know what this means, but for those of you who are not familiar with the terminology, Dead Man’s Hand is a term for an unlucky poker hand. The movie is about a casino that is located on the outskirts of Vegas. This old casino is visited by a gang of friends and one of them inherited the joint from an uncle. Soon, they find out that the place is haunted by 1940’s Vegas mobsters who want to settle scores. Hence the new name of the movie. This is one of those flick horror movies that will definitely provide you with a lot of fun. The casino setting is great and it will definitely make you crave a game of poker after watching the movie.

Just so you don’t get confused, Tzameti means thirteen in Georgian. Now, since we got this out of the way, let’s talk about this French-Georgian masterpiece of the horror genre. Sebastien, the protagonist, is a poor immigrant living in France and he works as a construction worker.

One day, he gets a sealed envelope with details about a mysterious job that could make him rich. Sebastien is desperate enough to accept the invitation and follows the instructions that take him to an isolated cabin in the woods where the mob is hosting a deadly gambling tournament.

Our list simply wouldn’t be complete without a zombie movie. Resident Evil: Extinction is one of the best movie adaptations of the Resident Evil game and it’s set in an abandoned Las Vegas. The setting is simply unbelievable and the creators of the movie used this opportunity to put in some really good gambling and casino scenes. If you’re a fan of horror movies and casinos this movie is definitely for you.