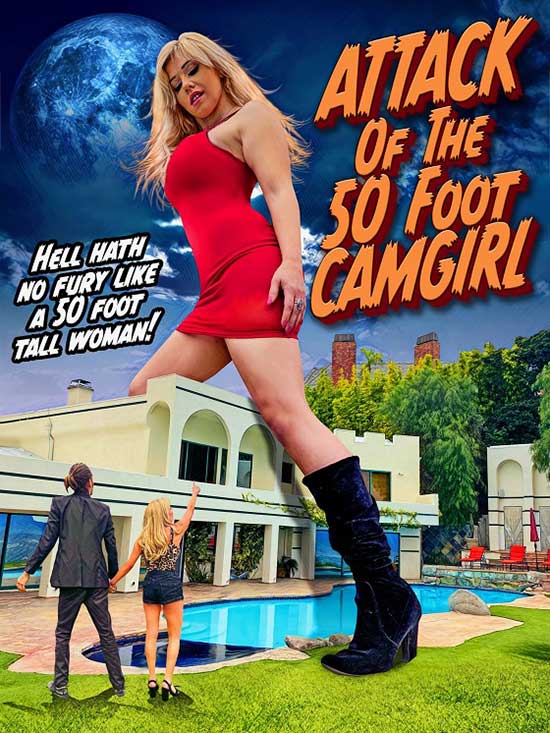 Synopsis: Beverly Wood is one of the biggest stars on social media. Millions of fans subscribe to her sexy cam shows and buy her products and it seems like everyone loves her. Everyone that is except her husband and Fuschia, the young upstart who secretly plots to bring Beverly down and take over her online empire forever!

But when Beverly’s latest – and untested – brand “Unholy Meat-rimony” gives her some gargantuan side effects, she becomes an even BIGGER force to be reckoned with! Ballooning to beastly proportions, the now 50 foot tall influencer becomes super large, totally in charge and ready for revenge in this wacky comedy that’s positively bursting at the seams!

And check out this introduction from the set, featuring Wynorski, Band and Smith spilling some super-sized secrets, in the link below: