World Premiere at the 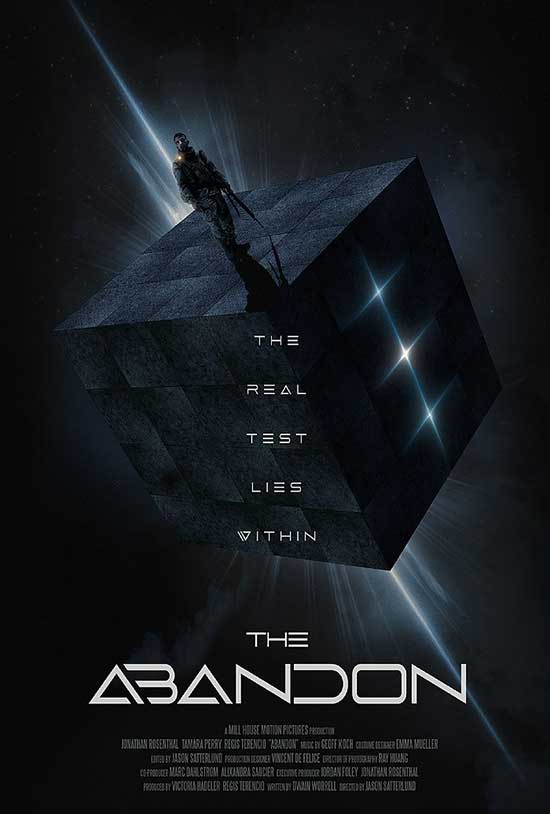 U.S. soldier, Miles Willis, is shot and wounded during an intense firefight in Iraq. As he tries to radio for help, a sudden blinding light surrounds him, and he awakens to find himself trapped in a strange, colorless cube with nothing inside but his own combat gear. As time passes, the cube begins to change: fluctuating extreme temperatures, random shifts of gravity, and strange writing appearing on the walls. His only communication is with one person — a mystery woman who calls him on his satellite phone, claiming to be trapped in a similar space. As the clock ticks, the two of them must figure out who has them, why they were taken, and how to escape.

THE ABANDON will have its World Premiere, in competition, at the 2022 Mammoth Film Festival. To purchase tickets, please visit www.mammothfilmfestival.org/

THE ABANDON is directed by Jason Satterlund and written by Dwain Worrell. Produced by Victoria Hadeler and Regis Terencio. Executive Produced by Jonathan Rosenthal and Jordan Foley. Edited by Satterlund, Cinematography by Ray Huang, and Music by Geoff Koch. A Mill House Motion Pictures production.