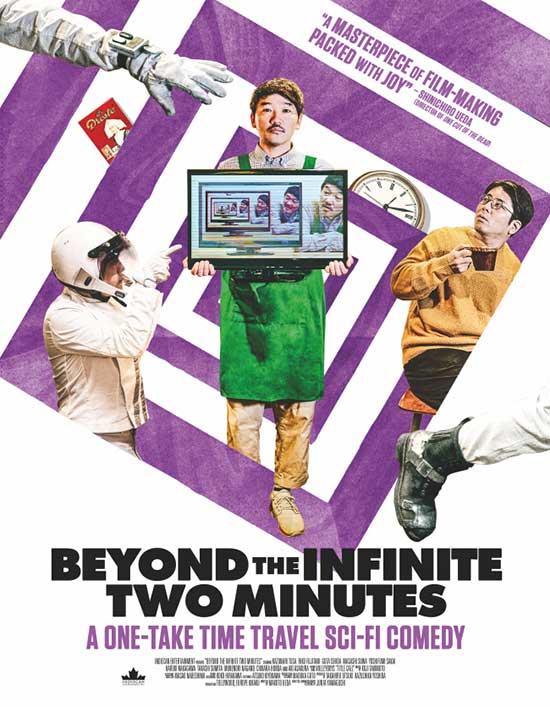 and Takahiro Otsuki, with Junta Yamaguchi directing from a script by Makoto Ueda.

Kato is a middle-aged shop owner in Kyoto, Japan who lives above his cafe. He spends his free time playing in a local band and sometimes thinking about Megumi, the woman in the barbershop next door with whom Kato is infatuated. One evening, after closing up the cafe, Kato is in his room when suddenly he appears on his own computer screen. The Kato on the screen is using the computer from downstairs in the cafe and claims to be from two minutes in the future. Kato is understandably confused and skeptical, but things get really strange when he goes down to the cafe computer, sees himself sitting back in his room, and begins to deliver the same message he heard two minutes before. It’s not long before Kato’s friends discover the phenomenon – which they dub “Time TV” – and devise a plan to go beyond the infinite two minutes.

Beyond The Infinite Two Minutes (trailer) from Indiecan Entertainment on Vimeo.