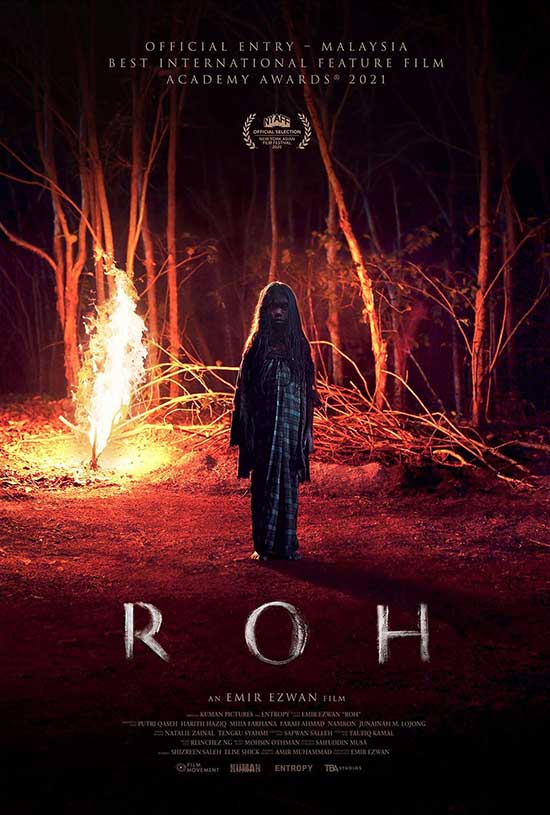 PREMIERING VIA VIRTUAL CINEMA, VOD & DIGITAL
“Easily one of the most haunting and unnerving films of the year…
Roh is a near masterclass of tension and quiet horror”
— Carson Timar, Buttered Popcorn
“It’s brilliantly executed, well-crafted… it’ll probably end up as one of the
top ten films of the year…Roh did what it set out to do: unnerve me.”
— Johanan Prime, Movie Dash
“Emir’s lean and skillfully constructed aesthetics keeps us hooked. Emir evokes a sense of existential dread with which we can easily connect in these crisis-ridden times. Roh…sustains an atmosphere of trepidation till the end.”
— Arun Kumar, High On Films
SYNOPSIS

Cut off from civilization, a single mother puts her children on high alert when they bring home a strange young girl caked in clay. She tells of spirits and spirit hunters and after spending the night she delivers an ominous prophecy: the family will all soon die. As strangers begin to show up on her doorstep, and terrible events crop up around them, she quickly finds another reason to fear the forest. This eerily atmospheric folk horror tale marks the stunning directorial debut of seasoned visual effects artist, Emir Ezwan. From the ominous lighting, off-kilter tone, isolated locations and strange goings on, ROH is a visceral, spine-tingling revelation.