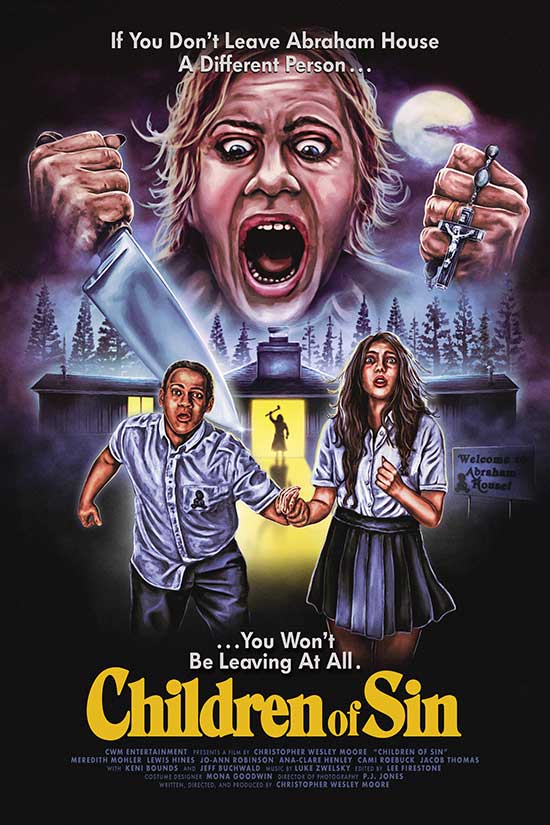 Pictured is the official poster art for CHILDREN OF SIN, a new horror film from CWM Entertainment. The artwork was created by Marc Schoenbach of Sadist Art Designs.

The film follows Emma, a pregnant teenager, and Jackson, her gay brother, who are sent to Abraham House – a secluded religious retreat for young adults – by their abusive stepfather to rid them of their sinning ways. Soon, they start to suspect that Abraham House has a more sinister way of cleansing their souls than they could have ever imagined. For Abraham House has a motto – if you don’t leave a different person, you won’t be leaving at all.

The film is written and directed by Christopher Wesley Moore (A Stranger Among the Living, Triggered, Blessed Are the Children) and stars Meredith Mohler (Triggered), Lewis Hines (Boots and Trenches), and Jo Ann Robinson (Scalps). The film is currently nearing the end of post-production with a release planned for 2022.