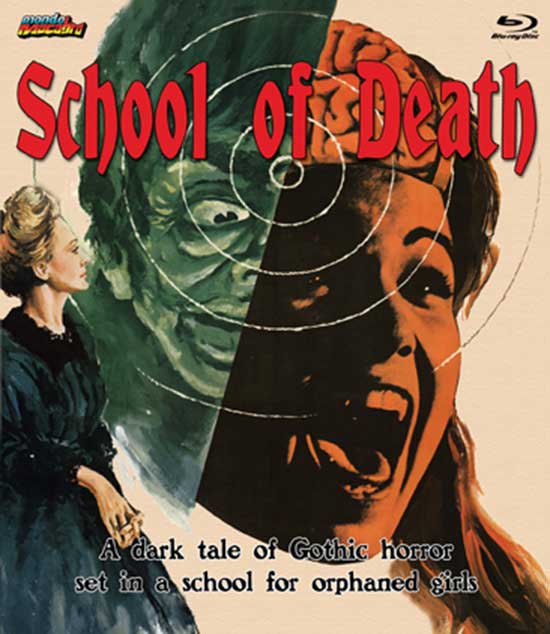 Mondo Macabro and CAV present SCHOOL OF DEATH – A dark tale of Gothic horror set in a school for orphaned girls. 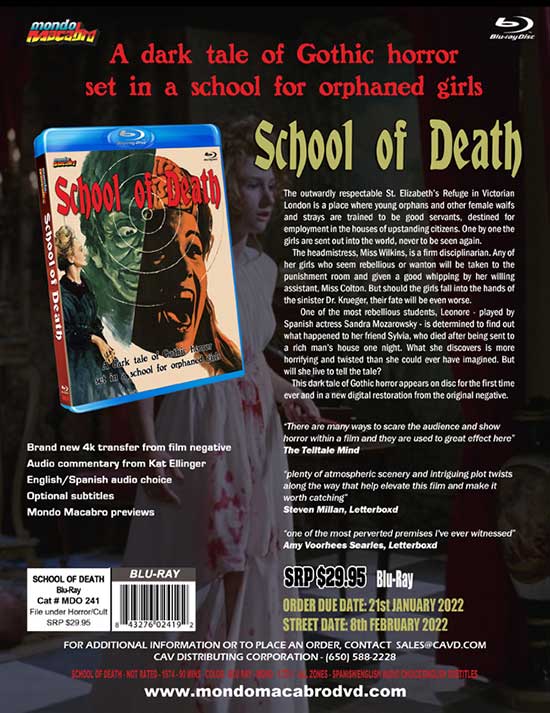 The outwardly respectable St. Elizabeth’s Refuge in Victorian London is a place where young orphans and other female waifs and strays are trained to be good servants, destined for employment in the houses of upstanding citizens. One by one the girls are sent out into the world, never to be seen again.

The headmistress, Miss Wilkins, is a firm disciplinarian. Any of her girls who seem rebellious or wanton will be taken to the punishment room and given a good whipping by her willing assistant, Miss Colton. But should the girls fall into the hands of the sinister Dr. Krueger, their fate will be even worse. One of the most rebellious students, Leonore, played by Spanish actress Sandra Mozarowsky, is determined to find out what happened to her friend Sylvia, who died after being sent to a rich man’s house one night. What she discovers is more horrifying and twisted than she could ever have imagined. But will she live to tell the tale?

This dark tale of Gothic horror appears on disc for the first time ever and in a new digital restoration from the original negative.

SCHOOL OF DEATH promo trailer from Mondo Macabro on Vimeo.