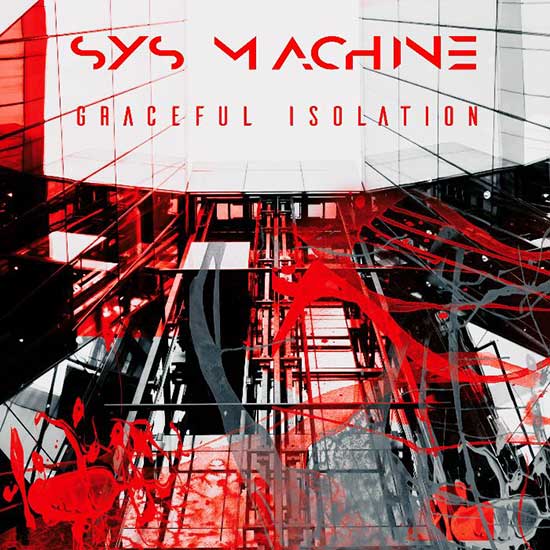 Graceful Isolation‘s tracks address the feelings of isolation and coming to terms with new norms that the past year has brought. The title is derived from the fact that over the course of the album, none of the collaborators were ever in the same room. The result is an eclectic mix of dark gothic sounds in tracks  such as, “Poison In My Skin” and Miss Suicide’s club mix of “All The Pieces”.

“The Joy Thieves did an amazing mix of the track “Drowning in the Past” off the SYS MACHINE album Graceful Isolation.  Early in 2021 I made a decision to quit drinking after 25 years of hitting it pretty hard.  I have no rock bottom moments or anything life-shattering that led to it.  Just a general sense that it was time to put it down and move on to other things.

After I had a few months of sobriety in,  I saw that life actually was better and all the things I worried about simply never occurred.  I wrote this track as sort of a letter to my pre-quit drinking self.  If anyone out there is in the shoes I was in, I highly recommend Alan Karr’s book on how to quit drinking.  It worked really well for me and a few of my friends.” – Dave McAnally

While DERISION CULT is primarily a thrash/industrial sound, SYS MACHINE is almost the polar opposite.  Heavy distorted guitars are replaced with smooth synth lines and skittering beats.   “Sys Machine came largely out of science experiments and playing with different synths.  The earlier EPs are more soundscapes than anything that came out of different ways of programming instruments.  But that just evolved to where what I’m doing now are full songs that have themes and stand as a full on project independent of anything else i’m doing” says Dave McAnally.